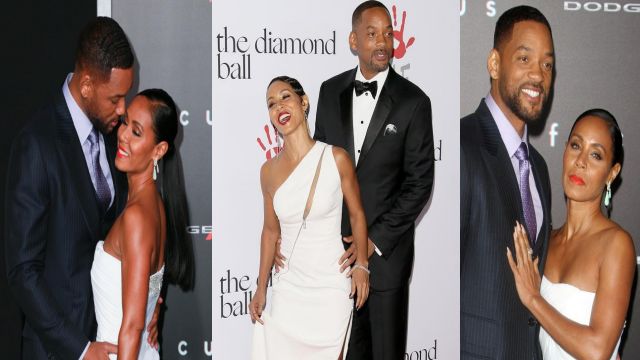 Whatever Will and Jada are having, we’re having that as well!  The couple celebrated their 18th wedding anniversary today, after jumping the broom on New Year’s Eve in 1997.

Over the years, speculation and rumors about the couple getting divorced surfaced on many occasions in the media.

In 2013, many assumed Will and Jada were having an open relationship after she said he could “do whatever he wants,” but the Set It Off star corrected all of the haters.

“Here is how I will change my statement…Will and I BOTH can do WHATEVER we want, because we TRUST each other to do so. This does NOT mean we have an open relationship…this means we have a GROWN one,” she said, denying the open relationship rumors.

However, Will had no shame in his game when he decided to grab “Miss Peaches” from behind honey at Rihanna’s ‘The Diamond Ball’ charity event!

Will spoke to Entertainment Tonight last month about the rumors, and his take on how couples can make marriage work.

“You can’t expect it to be easy. Our marriage was the most difficult, grueling and excruciating thing that we’ve ever taken on in our lives. We’re just not quitters, and by the same token we’re not apathetic, so we’re not going to sit there and let it be painful, we’re going to keep working,” he said.  “And if there is a secret, I’d say is that we never went into working on our relationship. We only ever worked on ourselves individually and then presented ourselves to one another better than we were previously.”

Well, in our opinion….NUFF SAID… their lasting union speaks for itself.  Congratulations to the beautiful couple. Keeping #BLACKLOVE alive.