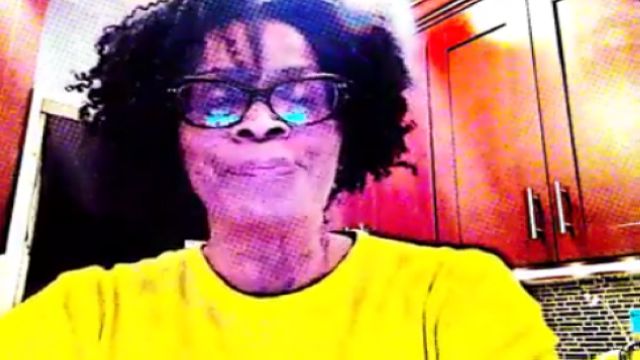 Well, well, well.  Janet “Aunt Viv” Hubert has plenty of ish to say to “Master William” and his family about the Oscar boycott Jada Pinkett Smith has sounded off about.

The  former “Fresh Prince of Bel-Air” matriarch stood on her virtual soapbox to let her feeling out about Will Smith, his wife and their Hollywood connection.

Jada announced via social media that she was highly disappointed about the lack of diversity with this year’s “All White” Oscar nominees.  Her hubby was NOT nominated for his role in “Concussion.”  Jada also announced that she was boycotting the Oscars and plenty in Hollywood has a lot to say; some good and some bad.

And the “mother of all bad rebuttals” came from Hubert, who posted a webcam video expressing her feelings and “Good Lord” that lady is pissed!

“First of all, Ms. Thing, does your man not have a mouth of his own with which to speak?” Hubert asked.  Then ish got really real, as they say.

“Girlfriend, there’s a lot of shit going on in the world that you all dont seem to recognize that people are dying, our boys are getting shot left and right, people are hungry, people are starving, people are trying to pay bills and you are talking about some motherfucking actors and Oscars. And…it just aint that deep.,” Hubert-Whitten said.

She went on to say that Jada asking other actresses and actors to jeopardize their careers was out of line.

She expressed disbelief that her former co-star would want people to stand by him when, she said, he did not stand by any of his former castmembers years ago.

“I seem to remember coming to you (Will) and saying ‘You know what Will, you are the star of the show and if we all get together, and with you, we can get a little raise,” Hubert said referring to a time when the Fresh Prince of Bel-Air actors wanted a raise, but were not getting anywhere with the network.

Hubert went on to say that because the show was such a hit and with Will being the star, that if he stood with them, like the white actors did on “Friends,” that they could get the raise they felt they deserved.  Hubert says that Will’s response was “My deal is my deal and y’all deal is y’all deal.”

“Well Karma must be a bitch because now here you are.  Here you are.  You’ve had a few flops.  And you know, there are those out there who really deserve it and Idris Elba was one of them,” she said about Elba’s stellar performance in “Beasts of No Nation.”

“Maybe you (Will) did not deserve a nomination.  I didn’t frankly think you deserved a Golden Globe with that accent (throws major shade) but you got one.  And just because the world don’t go the way you want it to go, don’t mean that you can go out and you can start asking people to stand up and sing ‘We Shall Overcome’ for you,” she said.

“You ain’t Barack and Michelle Obama and y’all need to get over yourselves.  You have a huge production company that you only produce your friends, your family and yourself. So you ARE a part of Hollywood.  You ARE a part of the system that is unfair to other actors, so GET REAL!” she said.

Then Ms. Hubert had two words for those who thought she was just being bitter.

“Bitches please,” she said.  “It’s about being right.”

And with that, she dropped the mic and turned off the webcam with her final “Blacktress Janet Hubert, Peace Baby!”

Do you agree?  Oh well, check out the video below.