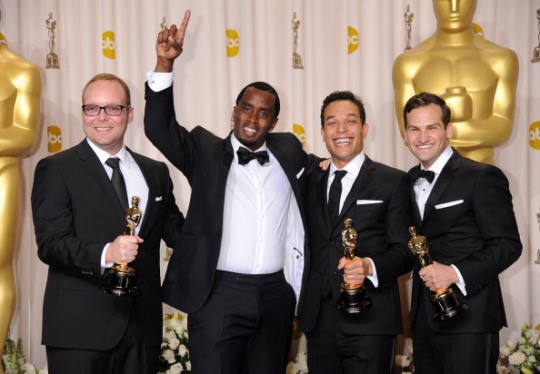 What can you give a man who already has everything – something else he’s EARNED – an Oscar!

Diddy took the top honors for producing the football documentary, The Undefeated, which won for Best Documentary.  The film was about a struggling high school football team from Memphis, Tennessee.

After the award was announced, @iamdiddy and his fans lit up Twitter about the news.

The film’s director, T. J. Martin, made history as the first African American director to win an Academy Award.  Overcome with excitement, Martin accidentally dropped the “F-bomb” during his acceptance speech.

Of course, all was forgiven.  Hey, it’s Hollywood!