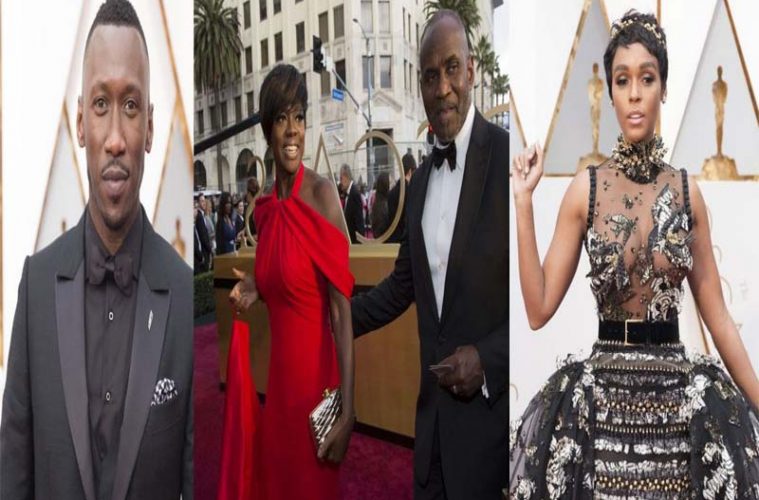 LOS ANGELES — If you didn’t catch the Oscars last night, you definitely missed out on a very entertaining night! Hosted by Jimmy Kimmel, the 89th Academy Awards was quite a hit and was filled with amazing awards dedicated to prestigious, well-deserved actors and films. There were some amazing speeches, drop dead fashions, and a few historic moments — even some that others may wish would go away!

Viola Davis’ mind blowing performance in “Fences,” got her the gold for Best Supporting Actress.  She was up against Michelle Williams – “Manchester by the Sea,”  Naomie Harris – “Moonlight,”  Nicole Kidman – “Lion,” and Octavia Spencer – “Hidden Figures.” What made this win even more impressive for Davis, is its historic tie-in. Davis is the first African American woman to be awarded with an Emmy, Tony and now an Oscar! Can we SHOUT “BLACK GIRL MAGIC!”

Davis’ is not only known for her regal elegance, but for her eloquent way  with words. Her moving speeches are always part of post-award conversations.

“I became an artist, and thank God I did, because we are the only profession that celebrates what it means to live a life,” she dramatically said.

Mahershala Ali  of “Moonlight” beat out Michael Shannon – “Nocturnal Animals,” Dev Patel – “Lion,”  Jeff Bridges – “Hell or High Water,” and Lucas Hedges – “Manchester by the Sea” to walk away with the trophy for Best Supporting Actor. Ali’s historic win made him the first Muslim to win an Oscar.

Just like Davis, Ali captivated the crowd with a moving speech.

Of course, “O.J. Made in America,” grabbed the award for Best Documentary feature! We have to give props to Ms. Joi McMillon for her nomination for Best Film Editing. Even though she did not win, she was the first African American woman to be nominated for this category!

And shout out to the Hidden Figures beauties — Octavia Spencer, Taraji P. Henson and Janelle Monae who looked absolutely stunning!

Last but not least, we cannot forget the most awkward mix-up at last night’s event! The nominees for Best Picture were Fences, Hacksaw Ridge, Hell Or High Water, Hidden Figures, La La Land, Lion, Manchester By The Sea, and Moonlight. Warren Beatty and Faye Dunaway presented the award to La La Land, but the team’s acceptance speeches were cut short in order to give the trophy to the Moonlight creators, who were the actual winners.  Move over Steve Harvey, this could be the worst gaffe of all time!

So forget about the previous #OscarsSoWhite controvery, Black Hollywood not only showed up and showed out, but walked away with plenty of accolades to add to the trophy cases and mantle pieces. We are elated that everyone received the recognition they deserved. A bit of an upset, however, was when Denzel Washington was beat out by Casey Affleck for the Best Actor award.

Congrats to all the winners and nominees for their hard work and dedication that gives us all inspiration, allowing us to continue going for greatness!