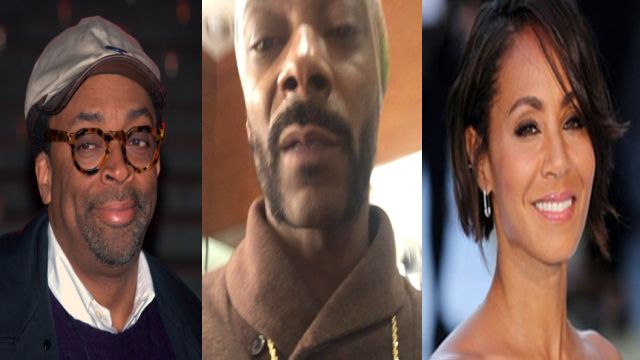 Over the Martin Luther King Jr. holiday, Jada Pinkett-Smith delivered a video message on Facebook saying she will not be attending this year’s Oscars due to its lack of diversity among the nominees. This is the second year in a row that only white performers were nominated in the four “Best” actor and actress categories.

“Maybe it is time that we pull back our resources and we put them back into our communities, into our programs, and we make programs for ourselves that acknowledge us in ways that we see fit, that are just as good as the so-called ‘mainstream’ ones. I don’t know,” said Pinkett-Smith.

Because her husband, Will Smith, wasn’t nominated for his performance in the NFL drama “Concussion,” Pinkett-Smith wanted “everyone” to “boycott” the show, Fresh Prince of Bel Air costar Janet Hubert said. Which may not be exactly true. But at any rate, Hubert let her opinion on the matter fly as she went off in a video that has since gone viral on social media.

[Would you like to see it, here you go!]

Hubert isn’t the only one who disagreed with Pinkett-Smith, “Boyz ‘N the Hood” director John Singleton, the first African-American director nominated for an Oscar, also defended to show.

“There’s only so many slots, though,” said Singleton. “There are a couple of movies that may have (warranted attention) but … It’s all subjective. It’s almost like the lottery.”

On the other hand, Pinkett-Smith isn’t in this alone, filmmaker Spike Lee announced that he will not be attending the Oscars. Last November, Lee was given an “honorary Oscar” at the Academy’s annual Governor’s Ball. Honorary winners usually appear at the Oscars, so Lee’s absence will be nothing less than obvious when the awards are presented.

Snoop Dogg is another one who showed he had a MAJOR problem with it. The “Dogg Father” posted a video on Instagram saying that he will not even watch the Oscars, ending the video with a very definite “F**K You.”

Last year’s all-white Oscar night telecast took a dip. The ratings were down 16 percent. It’s uncertain if the 2016 “boycott” will have any impact, but if we had to guess, we will say YES. Unless everyone will tune in to see if Chris Rock will have anything to say in the opening monologue.