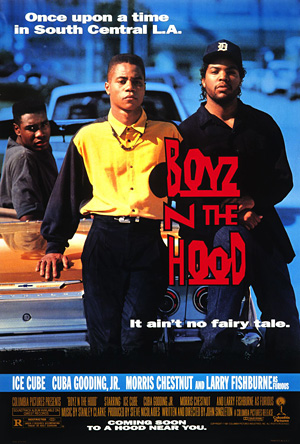 Boyz In The Hood: 25th anniversary of Academy Award nominations

Did you know that 25 years ago on this day, Feb. 19, marked the first time an African American was nominated for an Academy Award for Best Director and Best Screenplay?

Yes, John Singleton was the first African American to be nominated for an Academy Award for Best Director and Best Screenplay for his famous film, Boyz In the Hood. Starring Ice Cube and Cuba Gooding, Jr., Boyz In The Hood is a ’90s film about a young African American male finding his way in life while surviving in the hood. Boyz In The Hood gave viewers a perspective that it is possible to survive trials and tribulations while living in the hood. This film shed a positive and fortunate light on everyone trying their best to succeed in life and conquer things ahead of them.

Let’s give it up to John Singleton for his amazing and well respected contribution to black culture and film!