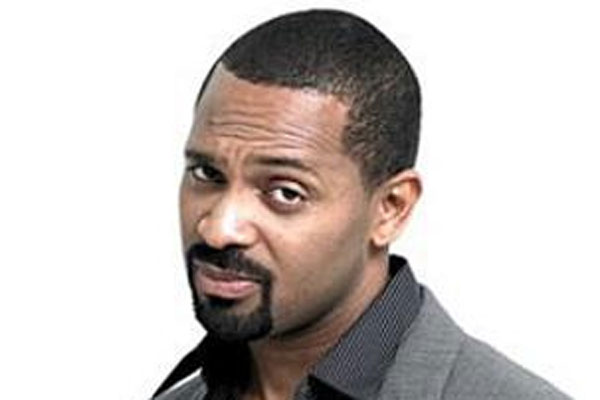 Move over Mel Gibson and Alec Baldwin, Mike Epps shows he can curse out a family member with the best of them!  But in all fairness, he might have been pushed a bit too far by his 18-year-old daughter.

According to TMZ.com, it all started when Epps appeared on the Wendy Williams show and gave a shout out to his two children.  There was just one problem; he left out a few.

Bria Epps, one of the children Epps failed to mention, felt snubbed and angrily called her father.

The two got were arguing over the phone when Bria allegedly threatened to air some of Epps’ dirty laundry.

Well, that pissed off daddy and he let it loose.

“Do you talk to Michelle like this?”Bria replied, referring to Epps’ current wife.  And the insults continued from there.

“No, you the devil. You the f*ckin devil. I’m yo’ daddy! Yell like that again! You the devil. Whatever possessed you to f*ckin talk to me like that, you wrong. And I’ll tell you something, if you do anything to sabotage me,” Epps warned.  “You sabotage me like you said you would, you gonna have a problem. You gon’ have a real problem! And everybody in your family gonna have a problem!”

“What are you going to do?” Lil’ Miss Smartie pants asked.

“I don’t know who you think you playing’ with. You don’t know me! You gonna see. Do what you gonnna do, and I’m a show you,” her daddy answered.

Sources close to Epps told TMZ.com that the argument started over school tuition—Bria wanted Mike to pay her tuition to her in cash, her father insisted on paying the school directly.

Despite the argument, Epps told TMZ.com that still loves his child and it is hard being a dad.  We agree, but whew, don’t let anyone push you to that breaking point again, dad!

We wish the family luck!

Check out the audio of the father/ daugher broo-ha-ha below: