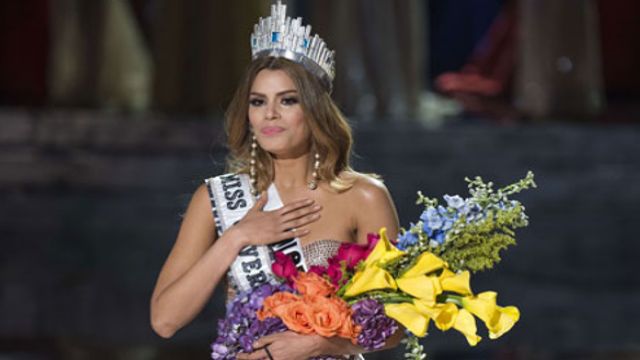 Miss Colombia, Ariadna Gutierrez, has broken her silence almost two weeks after one of the worst mix-ups on live television.

Gutierrez was crowned and celebrated for at least four minutes before walked back out on stage and announced he had made a mistake. The crown was quickly removed from Gutierrez and placed on Wurtzbach.

In an interview with Colombia’s W radio, Gutierrez talked about the debacle.

“It was very humiliating for me, but also for the whole country and for all the people not only from Colombia, but the other Latinos that were in the auditorium,” Gutierrez said.

She also told them that no one can take away the four minutes during which she wore the crown.

Gutierrez said she was shocked at the time and thought “this is going to be a joke, because in the rehearsals he used to play around with questions and I thought he was going to continue with that same tone to make people laugh.”

Harvey did take to social media apologizing for the mix-up.

“I’d like to apologize wholeheartedly to Miss Colombia & Miss Philippines for my huge mistake. I feel terrible,” he wrote. “Secondly, I’d like to apologize to the viewers at that I disappointed as well. Again it was an honest mistake. I don’t want to take away from this amazing night and pageant. As well as the wonderful contestants. They were all amazing.”

Even with his apology, some are still left thinking it was all a planned stunt to boost the ratings for the show. Donald Trump, who use to own the telecast, tweeted that Miss Columbia and Miss Philippines should have been crowned co-winners.

“For the first time, I agree with him,” said Gutiérrez in response to the tweet.