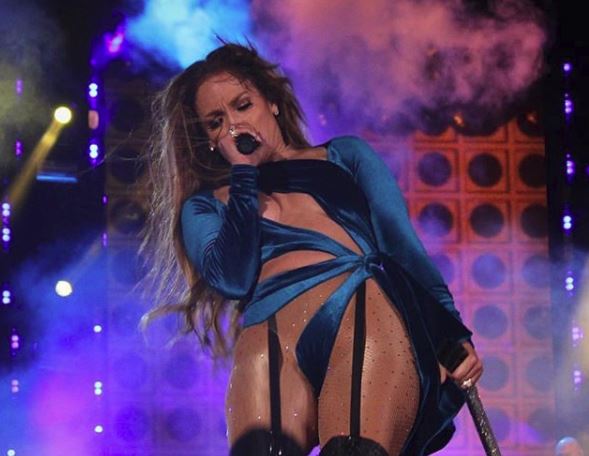 LOS ANGELES — AT&T* is bringing in global music superstar Jennifer Lopez to headline the DIRECTV NOW Super Saturday Night concert on Feb. 3, the night before the Big Game. The performance will air live for the first time ever on AT&T AUDIENCE Network and on DIRECTV NOW.

The show will mark Lopez’s first time performing at this monumental event where she will treat the audience to a collection of her greatest hits, in addition to new music. Never one to slow down, the multifaceted star is currently shooting a film called “Second Act,” while simultaneously working on her highly anticipated Spanish language album, which includes the recently released single, “Amor, Amor, Amor,” in addition to working on a new English language album. Always one to put her words into actions, recently Lopez sprung to action to help her family’s native Puerto Rico after the devastating hurricane, both pledging her own money in addition to raising tens of millions of dollars for disaster relief.

For the 13th year, Super Saturday Night will feature one-of-a-kind fan experiences and performances with some of the biggest names in the entertainment world. NOMADIC LIVE! at The Armory in downtown Minneapolis will host this year’s event. We’re also launching 5G Evolution in parts of Minneapolis in the coming months to give customers a better experience as they partake in Big Game events like Super Saturday Night.

“Jennifer’s talent and accomplishments make her the perfect entertainer to star in this year’s Super Saturday Night,” said Valerie Vargas, senior vice president – Advertising and Creator Lab, AT&T. “Our goal every year is to create an unforgettable experience. We want to bring fans closer to the best entertainers with premium content and performances. And this year, we’re taking it into living rooms and mobile devices across America for the first time ever. We’ll be live-streaming on both AT&T AUDIENCE Network and DIRECTV NOW.”