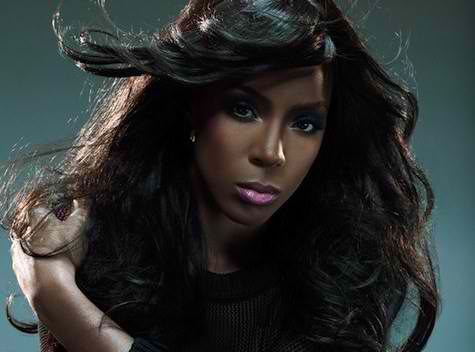 There’s just something about a famous, multi-million dollar child that makes a long-lost dad seek redemption and ask for forgiveness, and it is always the same old story:  I don’t want any money, I just want to reconnect.  As is the case of Kelly Rowland’s estranged father.

Christopher Lovett, 65, hasn’t seen his 30-year-old daughter since she was seven, and he now says he wants to reconnect.

This has happened to many stars after they’ve made it big, including Shaquille O’ Neal, Nelly, LL Cool J and Usher.  A dad would pop up out of the woodworks, express sorrow for the missed child support, missed birthdays, missed graduations and all the missed hard times the single mothers endured raising their children, and want to start bridging the cracks in the foundation their children were lucky enough to not fall through.  Some of the superstar kids graciously accepted their fathers back into their lives and maybe Lovett will be graced with the same fate.

Lovett says the reason he was absent from his daughter’s life for more than two decades was because a bad temper and a drinking problem caused his life to spiral out of control, according to Mirror, an online magazine based in the UK.

“I lost my job at a ­transportation company, sank into a depression about money and began drinking more and more. The failure to provide for my ­family fueled an anger that I will be ashamed of until my dying day,” Lovett told Mirror.

“It wasn’t physical between me and Kelly’s mom, but there were many days and nights when Kelly would be bawling her eyes out, clutching my leg begging me, ‘Please daddy stop shouting at mommy.’ That image will haunt me forever. When the ­electricity was cut off and we ­received an eviction letter, we agreed for Doris (Rowland’s mom) to take Kelly to her aunt’s house while I sorted things out.”

Rowland and her mom packed up and moved away.

“Little did I know the day they left would be the last time I would see my wife and ­daughter ever again,” he said.

Lovett said after six months had passed, he begged a friend for a ride to Rowland’s aunt’s house, who told him the two had moved to Texas. Lovett claims the aunt “flat-out refused” to give him any further information on how to contact them.

“I knew I had to stop drinking, get a job or I would never see my ­daughter again.  And I did,” he said.  “But by then it was too late and they were gone, the two people I loved with all my heart, and that tore me up, and still does today.”

Lovett also claims he drove 800 miles to ­Texas and walked from hotel to ­hotel in a failed attempt to find Rowland and her mother.

For the next 23 years, ­Lovett claims he did ­everything he could to find his beloved daughter, but came up empty.

Then one day Lovett got the news many estranged fathers would love to hear.  His daughter was a rising star and part of what is now considered one of best female groups of all time—Destiny’s Child.

In 2000 he heard the group was performing in North Carolina, so he drove for eight hours and bought a ticket.

“I sat for the whole concert in one of the cheap seats at the back with tears of joy and utter despair ­rolling down my face. I wrote a note and begged a security guard to pass it to her,” Lovett explained.  “It said, ‘Darling I have been looking for you. I am so proud of you and I love you so much and I just long to tell you that in ­person.  Love Dad,’ but no matter how much I begged the guard, he would not believe I was her father.”

Lovett now has framed posters chronicling his daughter’s career proudly displayed on the walls of the Atlanta home he shares with his second wife, Gracie.

He said he wants nothing from his daughter, except to have the opportunity to tell her how proud he is and how much he loves her.

“I own a big home now and have retired, so I don’t want any of Kelly’s fortune, I just want her love. I just hope she does not become such a big star in England on X Factor that she forgets about her dad ­completely,” he tearfully said.

Lovett hopes his pleading words will reach his daughter.

“Kelly, I love you with all my heart. Please forgive me and let me be your dad again,” he said.  “I’m getting old now.”

According to reports, Rowland has spoken of her father in the past.

“I remember my dad being drunk and aggressive towards my mom, but not me. I don’t know if he knows who I am or what I’ve done. He must be hiding under a rock if he doesn’t,” she said.

Apparently, he knows who she is, is not dead, and the rock was lifted when Rowland’s beautiful voice filled the airwaves; and he wants to say hello.

We wish them all the best.

****Editor’s note:  As a degreed journalist, I was trained to not take things personally and write stories objectively, with no personal attachment.  But this one hits a little close to home for me, as I am sure it does for many.  Besides, this is more of a blog so I will get a little personal.

I, too, have an absentee biological father.  A man who apparently acknowledges that we share the same DNA, but has never lifted a finger to provide any type of monetary or emotional support whatsoever. Apparently, I have siblings by this man; three sisters and one brother who I barely know, and can count the times I’ve seen him on one hand.  I have two children, ages 7 and 4, who do not know he even exists, if that’s any indication of how long it’s been since I’ve seen him.

I just hope Mr. Lovett is sincere and wish him and his daughter all the best.  Rowland’s spirituality (just as all the girls in Destiny’s Child) has always been as solid, strong and beautiful as her voice.  We only want what’s best for all parties involved. ****

This brings to mind the most moving episode of the Fresh Prince of Bel-Air when Will Smith proved he could be as dramatic, as he was comedic.  Will’s absentee father (Ben Vereen) pops back into his life, only to leave the teen heartbroken again.