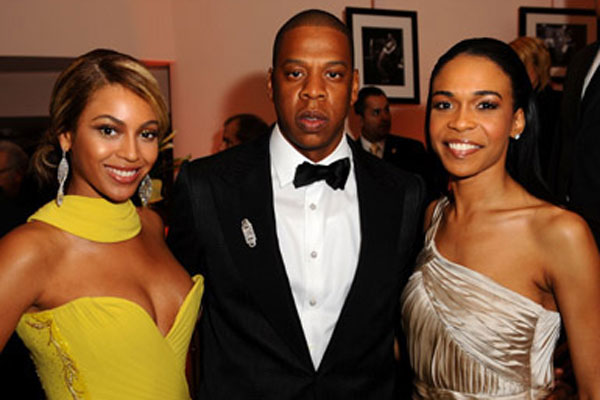 Michelle Williams went in on Twitter after a fan questioned why she did not tweet congratulations to Beyonce’ and Jay Z for the birth of baby Blue.

Well, Michelle – who was a member of Destiny’s Child with Beyonce’ – let the person know that she did not have to share her congrats over the social network – she could do it in person.  Hello!

“Let’s get ONE thing straight….I do NOT have to say congrats to someone when they’re NOT on twitter…ESPECIALLY when I talk or email them all the time….or when I’ll be physically present as well…so harrassing and stalking my timeline to see if I’ve mentioned something is POINTLESS!!! My friendship with people aren’t always for twitter display. Respect that and get a LIFE!!! Enjoy this FINE day!!! God bless!!!!”  Michelle said.

She then went on to add, “This is a beautiful, precious, private time between two people and excitement is to be expected but NOT disrespect!”   She ended the tweet with the hash tag: “#churchdismissed.”

And she has a valid point.  Some people love to share their well wishes on Twitter – as did many of the couple’s celebrity friends and family members – but the rule is not set in stone.  Beyonce’ knows who loves her – even some overzealous fans who may have jumped the gun with their critique tweets.

The moral of the story is – don’t ask a stupid question if you don’t want to get taken to church!  “#churchdismissed.#