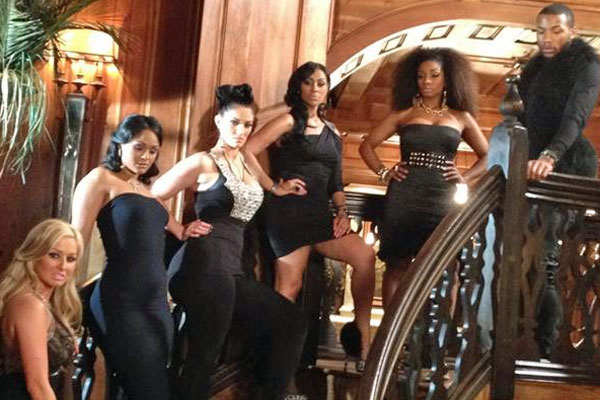 Are you ready for ‘The Real Mistresses of Atlanta’?

I just had the pleasure…well more so, the shame…of watching the trailer for the “Real Mistresses of Atlanta.”  This “one hot mess of a reality show” is being shopped around by producer Memphitz, and sorry guys, but the attention it’s getting from the blogs alone is sure to help it hit the airwaves (guilty party over here).

To give you a little bit of background, before you enjoy the 9 minutes 36 seconds of debauchery on a level that reality shows have never taken before, four women and one man (using the term loosely for all involved) brag about getting it on and getting over on married men.

Memphitz found you a collection of rappers, models and video vixens to bring you some good, “new-fashioned” ratchedness that will fill Twitter timelines with us hashtagging ourselves to oblivion.

Sarah Oliver is a white video vixen/ model who openly talks major sh** about black women (saying no man wants a black p*&$!) so it is no surprise when fellow castmate, rapper Mary Jane, tries to kick the crap out of her in what appears to be just one of MANY catfights.

Mary Jane, who brags that she’s “that bi*** that makes every other bi*** get mad,” told what her pet peeve was :  “Fake white chick that’s broke, bank accounts don’t have zeros in them, living pillar to post, dirty underwear..I have a problem with those.” We wonder who she is talking about…hmmmmmm

Maliah Michel, who seems pretty mild-mannered and has dated a few famous entertainers like Drake and Sean Kingston, is another video vixen on the show who admits to being someone’s “woman on the side.”  She remarked how she was surprised that Drake gave her a shout out on one of his songs before the two of them ever dated.  Guess the shout out was definitely securing that future hook-up.  (Off-topic..but remember how 50 Cent and Vivica A. Fox got together after he publicly acknowledged how she looked good in her dress?)  Anyway, back to the issue at hand.

French model Rosee Divine has a hard face, but a big ole’ butt, and talks about the athletes and actors (black, of course) that shower her with elaborate gifts.

Then there’s Branden.  While most of the other black reality shows have their token gay guys as supporting cast members, this one is one of the stars.  Why?  Because he proudly says he, too, is a mistress!  Branden adds to his credit a few athletes, singers and actors that he’s bagged.

“If a woman has a p$#!% and does not have a million dollars, she needs a psychiatrist,” Branden said…spoken like a true prostitute!

What’s even more surprising is that Dwight from the Real Housewives of Atlanta seems to be in the mix of these people in some form or fashion. (Love me some Dwight, though, so – oh well!)

Now, when Sheila E. recorded the “Glamorous Life,” we are sure she NEVER intended for it to be used in association with anything of this kind.  So instead of them using this song for the opening montage like they did, they should just have Mary Jane track something for the show. She rapped a little something-something on the trailer and “Ms. Mistress” appears to have some skills!

The show says it is exposing the “lifestyle…the drama…the secrets” and it may be coming to a cable network near you as the next show we “love to hate.”

Do you think it will ever make it on air?  Watch the trailer, courtesy of Vimeo, and tell us what you think!

The Real Mistresses Of Atlanta (Reality Show) from Cricket on Vimeo.