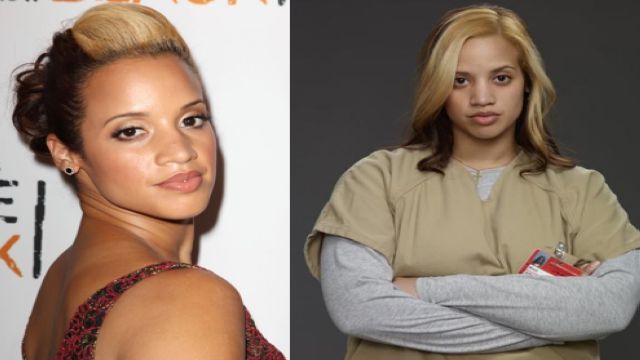 “Orange is the New Black” star Dascha Polanco, known as the pregnant prisoner Dayanara Diaz on the popular Netflix series, is having legal troubles in her real life. She has been accused of assaulting a 17-year- old girl, Michelle Cardona.

Cardona claims that on July 29, the 33-year-old actress punched her in the head, pulled her hair and used her fingernails to scratch up her arms at her upper Manhattan home. Polanco appeared in Manhattan Criminal Court on Thursday to face four counts of assault and harassment, according to court documents obtained by Page Six.

Polanco has not spoken about the situation, but her lawyer Gerald Lefcourt says that his client was set up, and that Cardona is seeking to get money from Polanco.

“This is an attempt to extort money by making a false claim,” said Lefcourt. “We expect the case to be dismissed.”

Polanco’s next court date is set for January. Will the case be dismissed or will she have to wear the orange jump suit for real this time?