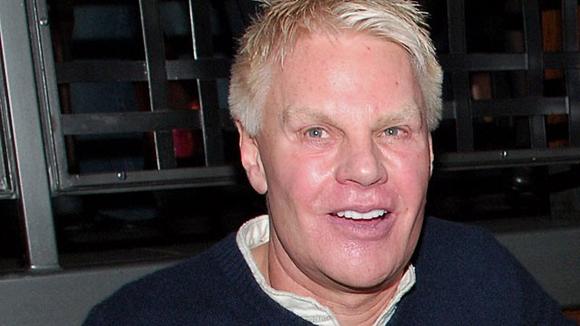 Note to Abercrombie CEO from a thick chick: THAT FACE of yours is not an authority on beauty!

I am usually the nicest of nice to people who deserve it, but honey, let’s be real…it is time to give a READ to the ELITIST, DOWN-RIGHT DELUSIONAL CEO of Abercrombie & Fitch who says he doesn’t want anyone over a size 10 wearing his clothing.

I will tell him in a few catch phrases from some of my favorite Bravo reality divas – “Get your life,” as “Married to Medicine’s” Quad would say and more importantly, “Fix your face,” is the advice former Atlanta housewife Sheree Whitfield would give him.

This man, who obviously doesn’t know natural beauty when he sees it – hence the plastic botox debacle clearly going on with his face (as seen in the photo courtesy of Wikki commons) – has the nerve to say that he doesn’t think larger women are attractive or cool.

Read the following excerpt from an article on Business Insider detailing his specific views, then we’ll get back to our opinionated millionaire after that:

It’s not surprising that Abercrombie excludes plus-sized women considering the attitude of CEO Mike Jeffries, said Robin Lewis, co-author of The New Rules of Retail and CEO of newsletter The Robin Report.

“He doesn’t want larger people shopping in his store, he wants thin and beautiful people,” Lewis told Business Insider. “He doesn’t want his core customers to see people who aren’t as hot as them wearing his clothing. People who wear his clothing should feel like they’re one of the ‘cool kids.'”

The only reason Abercrombie offers XL and XXL men’s sizes is probably to appeal to beefy football players and wrestlers, Lewis said.

We asked the company why it doesn’t offer larger sizes for women. A spokeswoman told us that Abercrombie wasn’t available to provide a comment.

In a 2006 interview with Salon, Jeffries himself said that his business was built around sex appeal.

Jeffries also told Salon that he wasn’t bothered by excluding some customers.

“In every school there are the cool and popular kids, and then there are the not-so-cool kids,” he told the site. “Candidly, we go after the cool kids. We go after the attractive all-American kid with a great attitude and a lot of friends. A lot of people don’t belong [in our clothes], and they can’t belong. Are we exclusionary? Absolutely.”

Jeffries said he thinks that including everyone would make his business boring.

“Those companies that are in trouble are trying to target everybody: young, old, fat, skinny. But then you become totally vanilla. You don’t alienate anybody, but you don’t excite anybody, either,” he told Salon.

Well, as a beautiful size 12 diva, with curves for days in all of the right places, I tell you to get out of here with that nonsense.

As far as your fashions go, I can honestly say that I have never stepped foot in one of your retail stores because frankly, the plaid shirts, ultra-thin (cheap looking t-shirts) and overly-washed jeans look never appealed to me.

Had I stepped in, I would have known that your clothing would not have fit (the adult) me and I would have left without even really being offended.  It would have been an “oh well.”

It wasn’t until you opened your mouth and said the juvenile reason behind your size limit that has me wasting a break on my high-demand job to write an article for my blog.

It is people like you — that was clearly NOT the cool kid in your school – who are what is wrong with society today.

People like you are giving teens “identity issues” and adding to body-image diseases like anorexia and bulimia.

What you openly said and what you openly did to your face shows that you may have some insecurities yourself.  If you actually think that you look normal or an expert on beauty…I REALLY PITY YOU.

At any rate, shout out to the women who don’t work in or are “welcome in” your stores.  I don’t think America’s fashion queens are all THAT mortified by the “lockout.”

It is just appalling that you would have the nerve to give an opinion on “what looks good” and “who is cool” or not.  Once again…… “Get your life, baby.”

(Side note:  My body is real, my teeth are real, my skin is naturally smooth and I think that I am something of a hottie—that is also COOL!  Just thought I would let that be known to the person who has a lot of cosmetic surgery going on from the neck up and still looks a hot mess.)

Thanks Mr. Jeffries, you may now go back to your normally scheduled foolishness.