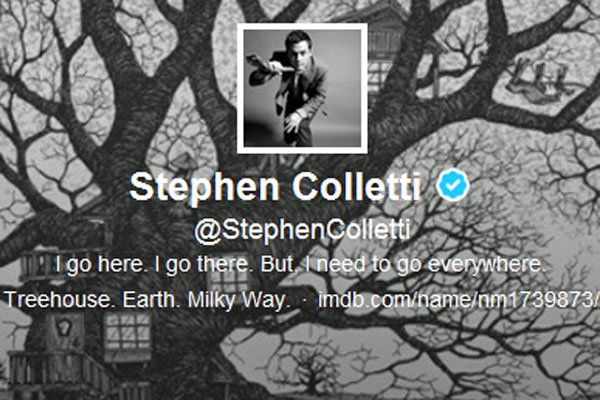 HOUSTON—A former reality star was in Bush Intercontinental Airport when an armed man walked in and began firing Thursday afternoon.

Stephen Colletti, the MTV Laguna Beach star and ex-boyfriend of Hayden Panettiere, ran for cover and took toTwitter to share what was happening with his more than 200,00 followers.

“5 or 6 shots fired 50 feet from me in Houston Airport. Terminal B. Never seen so many people move so fast and find such nooks to hide. #woah,” he tweeted.

Carnell Moore of Beaumont had a death wish when he walked into the airport terminal armed with an AR-15 rifle and a handgun and fired two shots in the air, sending people scattering.

A Homeland security officer heard the shots and ran to the terminal, confronting Moore. The two of them fired shots at the same time; the officer shot at Moore while Moore shot himself in the head. He died from his wounds.

Houston police said Moore, in essence, wanted to commit “suicide by cop.” He had no intentions of leaving the airport alive. Police found a suicide note on Moore saying he had a “monster within” and wanted the cops to take care of it.

Thankfully, he did not want to end anyone else’s life. Although many watched in horror, no one else was harmed.

“Credit to the officers on scene here, the situation became calm, panic-free quickly however the terminal is still on lock down.” — @StephenColletti

Colletti hid with others in a McDonald’s, but still was on edge.

“My instincts lead me to an all too familiar place of panicked decisions, the kitchen of a McDonalds.” — @StephenColletti

“Trapped in McDonalds, I felt incredibly unsafe, then the walk-in freezer door swings open and a sweet little older woman waves me in. #angel”–@StephenColletti

Terminal B was closed for more than three hours while police investigated the scene.

Click here for more details on the shooting and to view related videos and slideshows on KHOU.com.