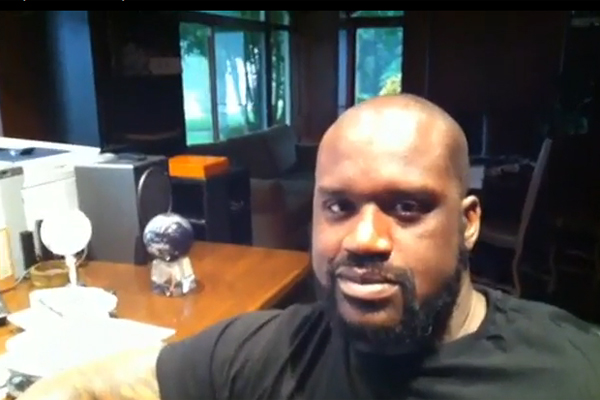 The NBA’s oldest player, Shaquille O’Neal, announced he is retiring via Twitter Wednesday, according to the Los Angeles Times.

O’Neal also posted a video showing him sitting at an office desk proclaiming, “We did it. Nineteen years, baby. I want to thank you very much. That’s why I’m telling you first that I’m about to retire. Love you. Talk to you soon.”

O’Neal has been known to be somewhat of a prankster, but if the announcement is true, the big man will end what can truly be called one impressive freaking career.

The  former No. 1 overall draft pick of the Orlando Magic in 1992 center averaged 23.7 points and 10.9 rebounds in his career, but played sparingly in his final season with the Boston Celtics.

Many say O’Neal has been one of the most dominant players to have ever played the game.

Judging from Shaq’s history, we are sure he will stay very busy during his retirement; I mean he’s had a Hollywood movie career (not the best actor– but, it worked), a rap album, video games, multiple celebrity endorsements, pursued higher education and law enforcement  — you name it — he’s done it.

So, we at Lip Service: News with Attitude say take a bow, Big Man, (and a nap) you’ve earned it!

Congratulations on a job well done.

Click here to see the video via Tout of Shaquille O’ Neal making his announcement, which is then followed by some other funny clips of him singing Prince (ummm..we’re glad he did not choose that career ..respectfully) and spending time with his new love and in-house fashion designer, Nikki “Hoopz” Alexander from VH1’s “Flavor of Love” and “I Love Money.”

After watching the videos, you will see Shaq may be able to add comedian to his growing list of accomplishments.