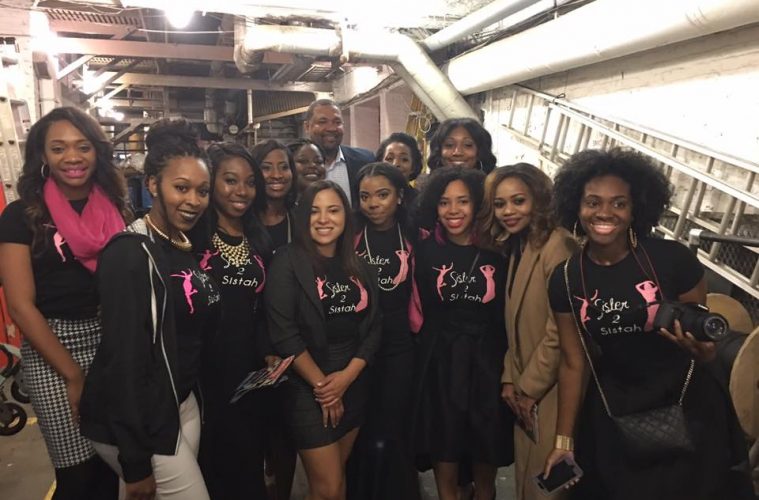 From the Bayou City to the Big Apple: Sister 2 Sistah heads to NYC to see ‘Eclipsed’

HOUSTON – In a world where women of color are often told “no,” two Houston businessmen thought it was time for a “yes,” and stepped up in a major way to give more than two dozen young women the opportunity of a lifetime.

The organizations were selected as part of the 10,000 Girls Campaign, which gives young women between the ages of 16 to 24, who are least likely to see a Broadway show, a chance to experience the Tony nominated production at no cost. After the show, the girls were invited backstage where actress Pascale Armand, who plays Bessie, told them their stories matter.

“We were told it was a risk to do this show because it was with five black women, no white man, no one else, but five black women,” said Armand. “But we are holding our own. People are to their feet by the end of the show. Black women’s stories matter. To see a reflection of yourself on this stage lets you know that you can do it too. Our stories are valid.”

‘Eclipsed’ tells the story of five women brought together by turmoil in their homeland of Liberia who must find a way to survive and find their own strength amid the chaos.

As one of the 25 ladies, Sister to Sistah member Allorie Kemp described the experience as unforgettable.

“Seeing ‘Eclipsed’ was an experience of a lifetime,” said Kemp. “I probably will never be able to experience such great actresses live like the ones on stage again.”

In addition to meeting Armand, the girls also got to hear from actress Zainab Jah, who stars as Maima. She said the opportunity to see the show would open their minds and put their lives in perspective.

“I think this is an amazing opportunity to broaden the minds of young black women; to show them that the world out there is huge and there’s so many things happening that you may not be aware of,” said Jah. “And it can only do you good to just broaden your mind and learn about people over there and learn that they’re not so different. They are people with the same emotions. They laugh and cry. They have dreams and aspirations, these girls. Their dreams and aspirations were darkened for a while. It makes you aware of how lucky and privileged you are.” In addition to the show, the trip girls managed to break away from their chaperones and hit the streets for shopping, museums and tours of the city. Some of the iconic sights Sister 2 Sistah visited included the Metropolitan Museum of Art, the Statue of Liberty, Times Square and Black Ink, the tattoo studio featured in a wildly popular VH1 reality series.  One of the excited members even got “tatted,” signifying her visit to the Urban Jungle.

Next to having a blast, Sister 2 Sistah member Nycole Hutchens was glad the experience strengthened the bonds between she and her sisters.

“The experience I got was more than just having a good time,” said Hutchens. “I learned and bonded with other young women who have all gone through a struggle. This is why the play ‘Eclipsed’ resonated with me so well. It was about female empowerment.”

Sister 2 Sistah is an organization that mentors college women in the Houston area who are working to overcome various obstacles. Although the 10,000 Girls campaign was geared toward girls in the in the Tri-State area, Sister 2 Sistah founders Rebecca Briscoe and Nakia Cooper were thrilled to have given their mentees the opportunity of a life time.

Sister 2 Sistah is on the move.  The Houston-based organization has plans to expand to more states soon. Within the first year, the organization has been recognized in the following publications.

NewsWithAttitude: Sister 2 Sistah ‘For college girls…when the rainbow is enuf’