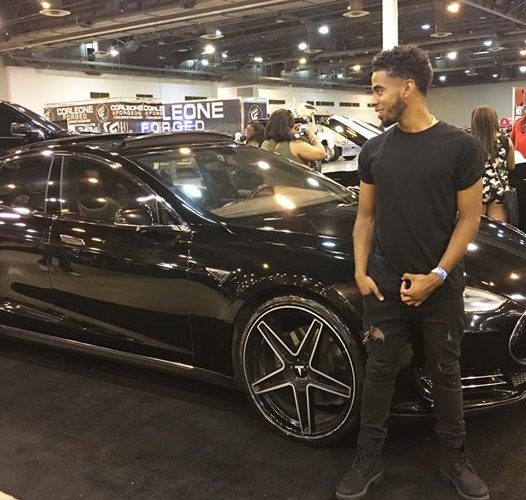 Attendees packed the venue to see one-of-a kind cars and to see some of the biggest names in the music industry.

50 Cent headlined the concert, while also promoting the season 3 premiere of his hit STARZ show “Power” and supplying his Effen Vodka back stage.

New artist Desiigner told JJ on the Mic and Kiotti Hard Body of 97.9 the Box that fans should stay locked in to him because “five years from now [he] has movies and cartoons coming,” and much more that his fans are going to love.

Car lovers and vendors from all over the city also came to show off their rides, rims and gear at the event.

Dub is a magazine started in 2000 covering custom urban cars,  and celebrities and their rides. The term “DUB” is a slang word for custom wheels 20″ or larger in diameter and its popularity has grown in the hip hop culture.

The annual car show brings in fans from all ages, and is fun the entire family can enjoy together.

Check out more footage from the event.