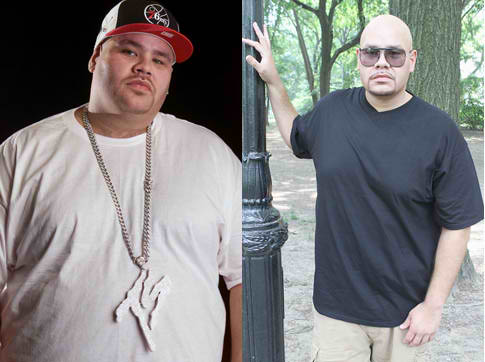 Fat Joe sentenced to prison for failing to pay taxes

I don’t know what it is about entertainers, but many just don’t get it — Uncle Sam is watching you just as much as he is watching the little people.  Joseph “Fat Joe” Cartagena, 42, is definitely much luckier than Wesley Snipes who was just released after serving 28 months in prison for tax violations, but he still has to go to jail for failing to pay his taxes.

The hit-making, “Lean Back” chart-topper was sentenced Monday to four months in prison for failing to file federal income taxes for two years.  Joe pleaded guilty in December for failing to pay on more than $1 million in income from 2007 and 2008, according to the Associated Press.   The AP said U.S. Magistrate Cathy Waldor took into account for sentencing the government’s allegation that Cartagena failed to pay taxes on some $3 million in income for the years 2007 through 2010. Federal prosecutors said the total tax loss to the government for those four years was $718,038.

Joe addressed the court and apologized to his family, friends and supporters.

“I did everything I could to achieve what I could, to move my family; I tried to stay positive, focus on the positive, and get myself out,” he said. He spoke of how many family members he supported and how he tried to give back to his community.

“I guess I’m surprised, caused I worked so hard to not end up in court, that I’m here,” he said. “This is the last place I thought I would be.”

Welp, it sounds all nice and pretty, but it is a crime not to pay THE GOVERNMENT!

Will the lesson ever be learned?

Lean back:  Fat Joe slims it down