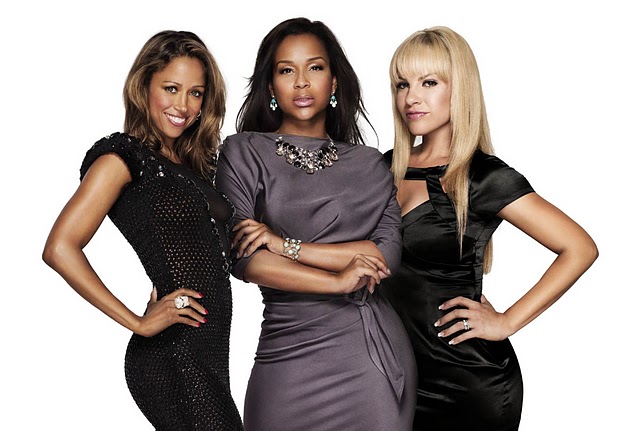 Bad karma, bad “juju” or a bad omen?  Whatever it is, trouble is allegedly brewing on the set of VH1’s new show “Single Ladies” before the premiere.  The sitcom starring LisaRaye McCoy, Stacey Dash and Charity Shea is set to launch May 30 at 9 p.m., but the real-life drama is already beginning.

A source told Us Weekly, that 45-year-old Dash (yes—and smoking hot) apparently went off on 44-year-old McCoy (another black “stunner”) in a shocking tirade.

Reports said Tuesday around 2:27 a.m., Dash stormed off the set screaming, “No, I ain’t coming back unless that b*tch gets her as* kicked,” referring to McCoy.

No one knows the reason behind Dash’s outburst because apparently McCoy did nothing to provoke the attack— or nothing that they know of.

“It was an intimate dinner party scene so everyone was in cocktail dresses,” the source told Us Weekly. “Stacey was screaming and running around in thousand dollar Louboutins!”

The show is said to be a new “Sex & the City.”  It is a comedic drama following the lives of three best friends with different philosophies of sex and relationships.

Val (Dash) is an ambitious aspiring fashion mogul who wants to find a true partner, Keisha (McCoy) is a former video dancer looking for a rich man to keep her in style and April (Shea) has supposedly found the perfect man and the perfect marriage – but is learning that marriage isn’t necessarily a happy ending.

The series is actually based on Queen Latifah’s two-hour movie, “Single Ladies,” which is scheduled to air immediately before the sitcom premieres.

VH1 teamed up with Queen Latifah to turn her film into the network’s first scripted series.  It is not uncommon for a TV series to be based off of a film, but it is uncommon for that to happen before the movie is released.  Apparently, VH1 thought the show had such network appeal; they snatched it up before the movie was released, but trouble in paradise already?

If the rumors are true, why risk ruining a good thing before it gets started with more celebrity catfights?

We don’t know what’s going on, but the Queen (Latifah) may have to pull out a little inspiration from her character Cleo to regulate these ladies before they really “set it off!”

Check out the “Single Ladies” trailer, courtesy of VH1