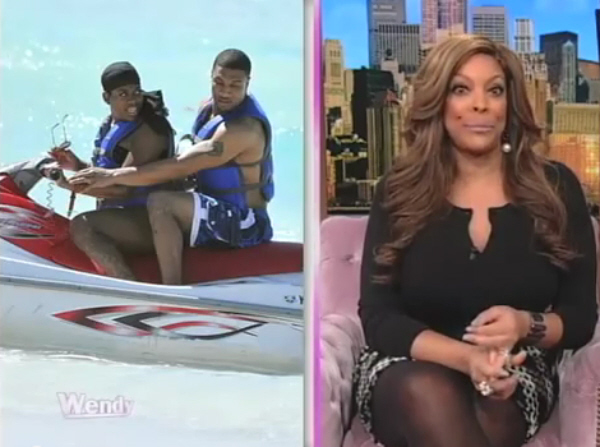 Wendy to Fantasia: He’s not going to marry you unless you go multi-platinum

Outspoken talk show host Wendy Williams recently had a “moment of truth” hot topic session on her show and delivered some tough words of wisdom to Fantasia Barrino, who has gotten herself into a bit of “baby daddy” drama after her affair with a married father.

“Fantasia is hoping her baby’s father Antwaun Cook will step up to the plate and (A) marry her and (B) help out financially with the baby,” said the host.

She took a moment to pause, gave that signature blank stare, then let it rip “big sister to little sister.”

Wendy told Fantasia, speaking on behalf of other wives, Fantasia was “dead wrong” and outlined the following reasons, which should have been obvious to Fantasia.

Well, someone had to say it…..but we doubt Fantasia will listen.  Oh well, congrats anyway on her little bundle of joy.

Check out the clip below from the Youtube Channel for the Wendy Williams Show.