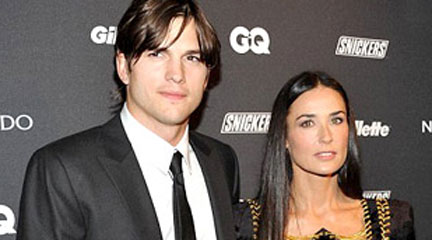 Leave it to TMZ.com to get to the bottom of everything in Hollywood.  Demi Moore was rushed to the hospital Monday night suffering from “exhaustion” as her reps say, but the website obtained 911 audio claiming otherwise.

Frantic friends called 911 after the actress began having a bad reaction to something she had taken.  It was one chaotic call after the 911 operator had to place several calls just to find the appropriate responding department.

A friend of Moore’s said the actress was having convulsions, shaking and burning up – and said she “smoked something.”

The woman also told the 911 operator Moore had been “having issues lately” as a way to explain the episode – or poor choice of behavior.

Moore and her much younger hubby Ashton Kutcher announced their plans to split in November after rumors of Kutcher’s infidelity.

Well, Demi, hurting yourself is not going to bring the man back or make the pain go away.  Get over it girlfriend and move on!  We wish her all the best.

Listen to the audio recording obtained by TMZ.