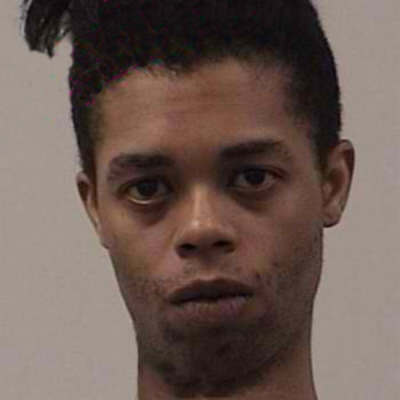 It almost makes me sad to paraphrase a famous quote, but with great power (or in this case sudden fame) comes great responsibility.

Antoine Dodson is making headlines again, but this time, he’s on the other side of the law.

Dodson’s15-minute skyrocket to stardom (after his now infamous interview with an Alabama news station) has just been extended.

The flamboyant, overly-animated country boy was busted early Saturday morning for marijuana possession, according to TMZ.com.

Dodson had a few other offenses in addition to the pot possession, including failure to appear on a traffic charge, failure to have insurance and speeding.

According to TMZ, Dodson was arrested in Alabama by Huntsville police around 2:30 a.m. and released a short time later.

The beautiful thing about Dodson was the young man took “turning lemons into lemonade” to a whole, new level.  After his sister was allegedly attacked by an intruder in her bedroom, an angry Dodson fired off to a WAFF news reporter.

His lively “Hide ya kids, hide ya wife” interview became an overnight Youtube sensation.  Many people laughed, others found he was an embarrassment to black people (and/or gay men) and others just thought he was absolutely adorable.

The media swept Dodson up in a whirlwind as he made guest appearances on awards shows and conducted multiple interviews on talk shows.  Even the well-respected CBS news anchor Katie Couric could not resist engaging one-on-one with the Internet star.

Thanks to the famous audio tune, “Bed Intruder” song, a ringtone, t-shirt line and other memorabilia from his “brand,” Dodson was able to move his family out of the projects and into a better home.

Like they say…you can take the boy out of the hood, but you can’t take the hood out of the boy.

Riding dirty…marijuana…no insurance…speeding…failure to appear?  Come on Antoine!  The offenses before the marijuana charge should have been taken care of a long time ago.

We at Lip Service:  News with Attitude do not like to make “focusing on the negative” a common practice, but when we see a young person continuing to go down the wrong path after given a life-changing opportunity, we will make a judgment call.

You must be mindful of your actions, especially when in the spotlight.

We’re hoping Dodson can straighten up and fly right before he becomes the latest casualty in Hollywood (or Hollyhood).