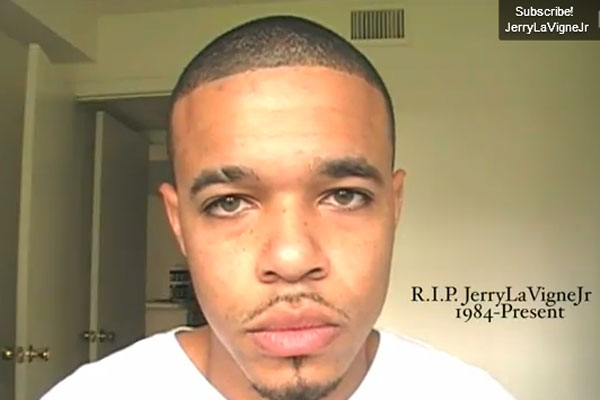 I laughed at first at the dramatic expressions and the soap opera tune playing in the background, then I said to myself, “He is definitely on to something here.”

“You are so sexy….I love you…you are a beautiful, elegant classy woman – now take your pants off.”

“I want to introduce you to my mother….anything for you and only you… of course I’m listening – now take your pants off.”

I fell for some – if not all – of these lines at some point during my teenage/ early adulthood years (maybe even now) and the end result was exactly what I did not want it to be:  I fell for the Okey Doke and let a smooth talker separate me from my good senses  — or in Jerry LaVigne Jr.’s phrase – from my pants.  Did I just say that?  Yes, I did.  Don’t cringe or shudder because if you think about the silliness of your past “relationships,” you know you have run into a “Young Romeo” a time or two  — or three—or four—times in your past.

I immediately did a Google search to find out who was this “Don Juan” telling the secrets.  And to be honest, he is somewhat as mysterious as the music in the background.

He has more than 40,000 followers on Twitter and is only following one person – himself.

His Facebook relationship status says he is “in a relationship with Jerry LaVigne Jr.”  you guessed it – himself again.  Too funny!

When you type in “Who is Jerry LaVigne Jr., Answers.com simply lists:  a very sexy guy who has videos on YouTube which are very funny.

His videos say R.I.P. Jerry LaVigne Jr., 1984 – present, so that left me somewhat puzzled, but another Answer.com explanation, from maybe one of his fans, cleared up some of the mystery – a little bit.  The site says LaVigne says people are never remembered for their work or become famous for their work until they are dead. So he went ahead and added the R.I.P. Jerry LaVigne to the end of his videos as a way to play off that, but yes – he is very much alive – and funny!

We will definitely keep watching – with our pants ON – Thanks Jerry!