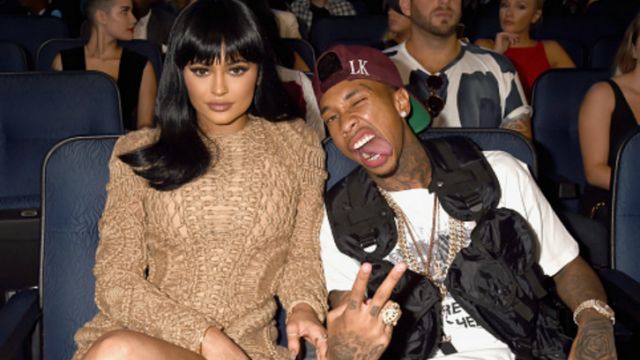 Watch out Kylie, The repo man has your name on his list and may be coming down your street soon looking for Tyga’s G-Wagon.

According to documents obtained by TMZ, Tyga failed to make payments on his whip since October.  The docs went on to identify Kylie Jenner as his girlfriend and gave her residence as a possible place to find the G-Wagon.

This is the same G-wagon Tyga gifted to Blac Chyna back in the gap, but then he repainted it red and had Kylie pulling up in it at her birthday party.

TMZ’s repo sources confirmed they have been on the prowl for that SUV since last month, but had little success because the SUV is parked behind two security gates at Kylie’s home.

Inquiring minds would like to know if she’s purposely hiding this whip for Tyga’s broke ass.

This isn’t the first time Tyga has been blasted about his finical issues. The list of people he owes is running lengthy now. He was evicted for non-payment from one of his rental properties and tax liens hit him totaling $120,000.

Maybe he should start a GoFundMe account like Kanye West did because this brother is clearly drowning in debt.