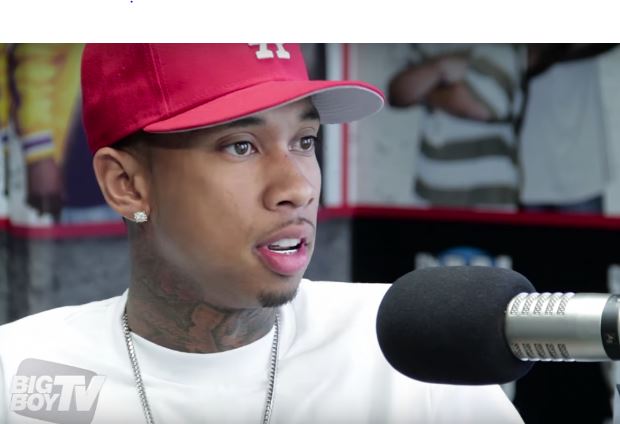 Tyga dropped by Big Boy’s Neighborhood spilling all the tea about Kylie, his life and his upcoming projects.

Though he discussed his past relationship with Kylie Jenner, he discussed way more that will keep you engaged.

Big Boy asked every question to give the people the news they’ve been wanting from his relationship with Blac Chyna, his thoughts on her with Rob Kardashian, and the reason for the breakup.

According to Tyga, Kylie and him are still cordial and their break up was mutual.

‘1 of 1’ is Tyga’s new upcoming project that is set to come out soon and he went to Jamaica to relax and shoot a music video for his new single.

Being sort of shy on the mic, Tyga revealed a big part of his life about not knowing his father and his friend connecting him to his father because they both are in jail.

If you’re interested in getting all the juicy details on Tyga, check out the interview below.

For more of your “Millenial TEA,” check out India Foster’s blog.