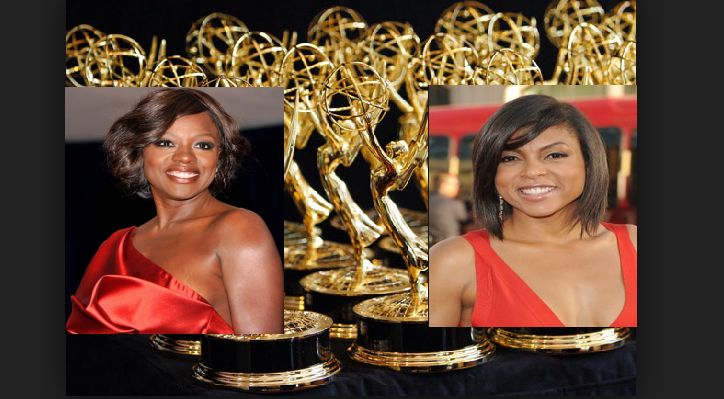 We have a chance to make history.  Taraji P. Henson and Viola Davis have received Emmy nominations for their roles in “Empire” and “How to Get Away with Murder.”  Both women are strong contenders and an African American actress has never won the top drama acting award.

Let’s get it “Cookie” and “Professor Keating!”  Noticeably, two-time Emmy nominee Kerry Washington of “Scandal” was left out.  Gladiators, say what?

Six months after black actors and actresses were shut out of the Oscars as nominees, the Emmy’s are bringing back diversity.

Sad news though, Terrance Howard did not get nominated for best actor nor was his hit show “Empire” for best drama series.

Other notable mentions:  “Game of Thrones” is leading the way with 24 Emmy nominations.  “Mad Men” is back in the spotlight again and “Late Show” and “The Colbert Report” talk show hosts David Letterman and Stephen Colbert have a chance to bring it home after each of their show’s ending.

The Emmy ceremony will air Sept. 20 on Fox with Andy Samberg as host.

Here’s a little flashback for ya.  Check out Taraji dishes about Empire with Wendy Williams.