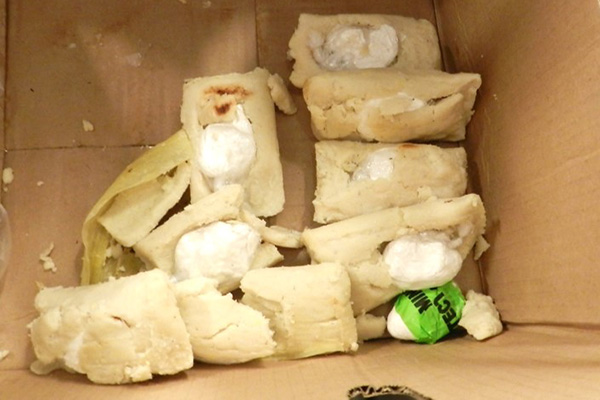 Tamales stuffed with cocaine found in luggage at Houston airport

Now seriously, every time I bite into a tamale after this I am seriously going to be wondered if it has a secret filling! It is getting real out here. What will they think of next? NOT ON THE MENU!

A 46-year-old El Salvadoran was travelling to New York when CBP officers selected him for additional screening. During an examination of his luggage, officers discovered a box containing 200 tamales, which were not disclosed on the traveler’s declaration.

Upon closer examination, officers found nine separate bags containing a white substance stuffed within some of the tamales.  The substance tested positive for cocaine.

“This type of seizure speaks to our level of commitment in disrupting criminal activity despite the concealment method,” said CBP Service Port Director Beverly Good.

The cocaine was seized and the traveler was turned over to the Houston Police Department.