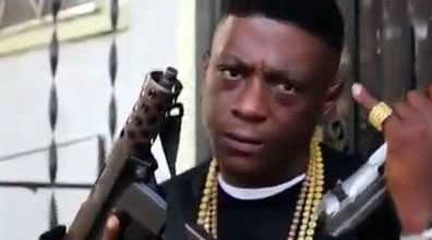 Lil Boosie gets 8 years for smuggling drugs into prisons

Another sad, sad, sad case of “art imitating life” with yet another hip hop star.  Baton Rouge rapper “Lil Boosie” has been sentenced to serve eight years in prison on drug charges.

The assistant district attorney said Lil Boosie smuggled the drugs, with the help from a prison guard, while he was serving time for marijuana possession.

But the eight-year term is not the only problem for the rapper.

Lil Boosie will go on trial for a first-degree murder charge in the 2009 death of Terry Boyd. That trial is scheduled to begin April 30.

We wish him luck.