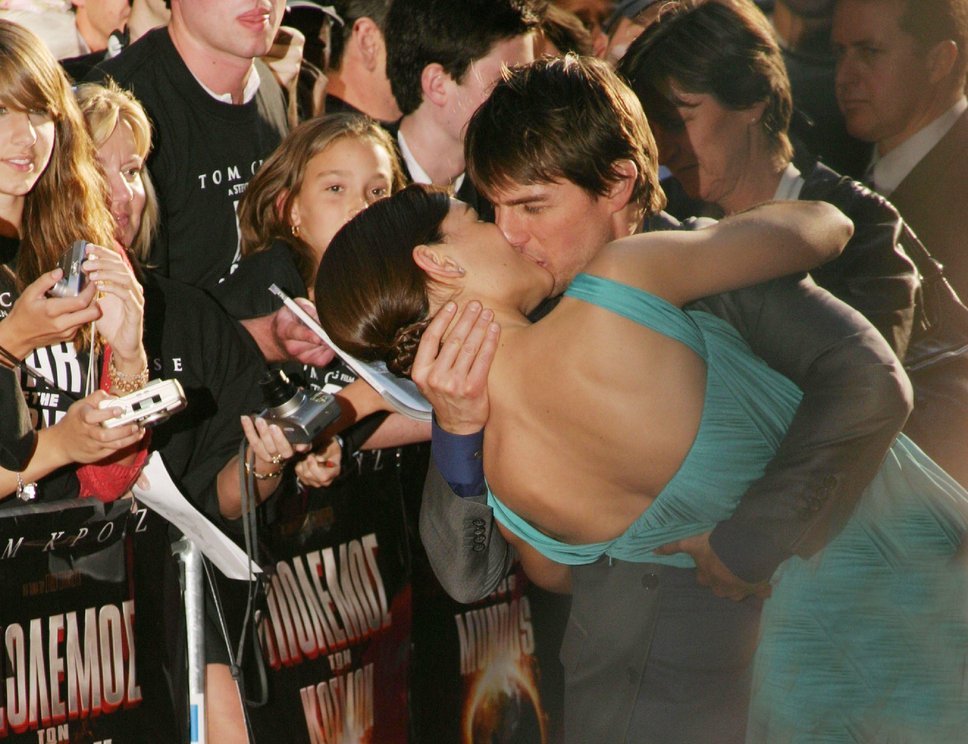 Smooch-time is over! Cruise, Holmes calling it quits

No more jumping on the “love” couch (and scaring the bejesus out of Oprah Winfrey) for a while – Tom Cruise and Katie Holmes are calling it quits!

After five years of a very public marriage (under some of the creepiest circumstances if you ask anyone who is not a Scientologist) the couple is going their separate ways.

“This is a personal and private matter for Katie and her family,” Holmes’s attorney Jonathan Wolfe said Friday. “Katie’s primary concern remains, as it always has been, her daughter’s best interest.”

Yeah, we REALLLYYYYY expect they will get any privacy after years of kissing and canoodling in public, then parading little Suri around while releasing the costs of her lavish wardrobe and gifts.

Anyway, Holmes initiated the proceedings when she filed for divorce on Thursday.

The 49-year-old A-list actor (with numerous megahits under his belt like Mission Impossible, Rain Man, Top Gun and Risky Business) married the 33-year-old B-list Dawson’s Creek actress in 2006, and it was one big sideshow after that.

Cruise’s representative told the Associated Press he is deeply saddened and wants to focus on his three children.  Stop the press, that is right, he does have two more children with his ex-wife Nicole Kidman.  Guess we all just sort of forgot that in Hurricane TomKat.

Maybe these families can finally get some peace.  We wish them the best.