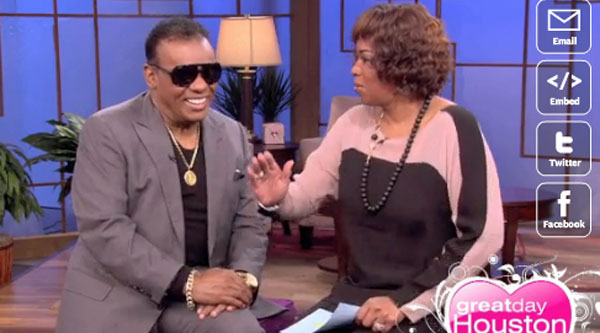 Nothing sets the mood better for Valentine’s Day than great music, and when it comes to getting that “mo jo” going, no one can do it better than the one and only Ronald Isley!

Ron talked about his younger days with the group, singing gospel, pop and country music way before he blew the (bleep) up with the newer generation singing duets with R. Kelly as “Mr. Biggs.”

No matter what generation you’re from or what genre of music you fancy, you are sure to have a favorite Isley Brother song.

Mine are I Will Always Come Back to You, Between the Sheets and Footsteps in the Dark.

I was so thrilled to meet this legend and shake his hand…and oooohhhh, smell that nice cologne!  Love ya Mr. Bigg!

Click here to purchase tickets for the Isle Brothers concert or more from the Arena Theater.