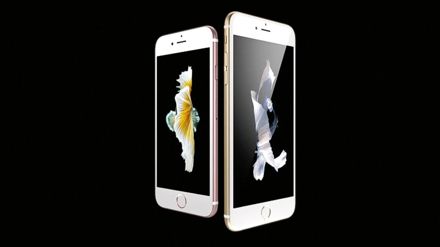 Out with the old in with the new: Apple unveils new products

Go big or go home, Apple definitely isn’t going home because they have been in the lab cooking up new products to take technology to the next level.  On Wednesday, Apple unveiled the upgraded iPhone 6s and 6s plus, IPad Pro, new Apple TV and other gadgets to enhance the use of its products.

Many feel that the iPhone is the most important product.  It accounts for 56 percent of the company’s sales. The new phones have 12- megapixel cameras, sharper screens and a feature called 3D touch, which can sense how hard a user is pressing a button, allowing for much easier access to different menus and information. The new iPhones will also come in a rose gold finish, equipped with the strongest glass in the industry. The phones will be available Sept. 25, with pre-orders starting Sept. 12.

“Today, we have the biggest news in iPad since the iPad,” said Apple CEO Tim Cook, unveiling the iPad Pro. “This is the most capable and powerful iPad we have ever created.”
The new iPad Pro has a 12.9-inch screen and A9X chip, which makes the iPad bigger and faster. In the push to make the iPad become more of a PC replacement; the iPad can be bought with a keyboard, the Apple pencil, and has a better processor that can run heavy programs like Microsoft Office.

The Apple TV has also been revamped. It already had the capabilities of streaming videos and music, but now it’s on a new operating system called tvOS that offers video games, shopping and travel tools.  The device comes with a new Siri-enabled remote, which has a glass touch surface and connects via Bluetooth.

Keep an eye out for these hot new items from Apple. The iPhones will be available Sept. 25, with pre-orders starting Sept. 12.  The Apple TV will be available in late October and the iPads in November. Everything will be ready for the holiday season.  It looks like Apple know exactly what they are doing.  Who can resist new Apple products?

Click here to see the new iPhone in action.