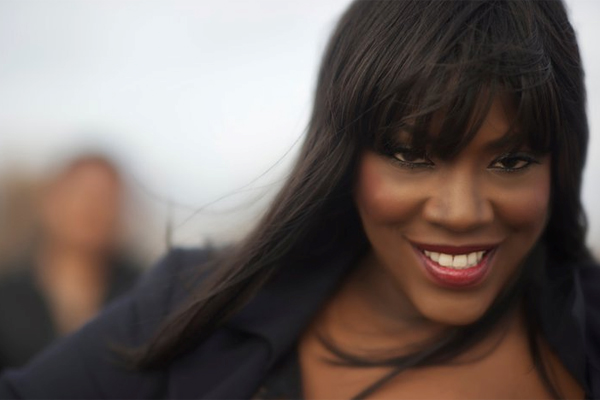 I felt like Whoopi Goldberg when she finally left Mister, “The jail you plan for me is the one you’re going to rot in.”

That famous movie sound bite now can generally sum up the ordeal I’ve recently gone through; just as I am sure it resonates loudly for any woman leaving a tough situation.

My EX told me—gloating under a barrage of his many insults—“Guess what B****, I took your advice, I got a life!”

He said that to me as he was picking up the kids for his weekend visitation.  I just nodded my head and quickly and closed the door, as always trying to avoid a conversation—which always leads to confrontation.

Then he called me as he made it down the street, and said words every woman in my situation should want to hear—without the curse words of course—“Guess what B*****( yes all his conversations start out the same) I’m married!”

I quickly said “Congratulations,” and asked if the kids needed or left anything.

“We don’t need nothing from you, we’re good,” he said.  “I am telling you that I am married now!”

Anyway, I said congratulations again and hung up the phone.  For a moment I sat in silence, then I turned my head up to God, said an audible “Thank You, Jesus” and jumped up and did the Charlie Brown victory dance.

Never in a million years has a woman ever been so blessed to have her ex marry another woman.  Well, with the exception of my ex’s FIRST TWO wives.

You see I was Wife #3.   Yes, I disregarded the warning signs.

I remember meeting Wife #2.  She came to his condo one day when the two of us had just started dating, knocked on the door and handed over a dirty, little poodle.

She told him that damn poodle was not welcome in her house anymore and neither was he.

She looked at me and said, “Are you the new girlfriend?”

Then she looked at me—as only a fed up woman can – and said, “Well baby, you can HAVE this dead weight, and tell him don’t come by my house no more!”

But no, I listened to him saying how he was such a great husband, and she was an ungrateful wife whose family always got in the way.

Funny, I heard the same thing said about me when our marriage began to fall apart.  (But he added to anyone that would listen that I was a no good user.)  NOT!

And oh yes, he said even worse things about Wife #1—the mother of his two oldest children.

LESSON #2:  WHEN A MAN BAD-MOUTHS HIS EX, DON’T LISTEN, IT COULD HAVE REALLY BEEN HIM ALL ALONG.  ESPECIALLY WHEN HE HAS MULTIPLE WIVES IN HIS PAST…HMMMMM…..

But at any rate, my days of suffering are over.  Even though our divorce is approaching the one-year mark, I felt trapped and unable to move on.  He would constantly call on a daily basis, use the kids as a way to “get at me” drag me to court behind every little thing – and would lose every time, and even APPEALED our first divorce!  Who does that?  The gavel had actually been banged and he appealed the ruling saying he had an unfair trial, and my suffering was continued for yet another year.

After it was determined there was absolutely no reconciliation whatsoever, I was given my freedom – and my kids—legally once again.

But that did not release my chains.  I was told every day that I was a bad mother for forcing my kids to grow up in a single-parent home. He would visit the kids’ school and daycares and tell the teachers how I was such a horrible person, and of course they would tell me when I picked up the kids.  Luckily, no one would buy his load of bull.  I was also never able to date for fear of exposing anyone to the madness of the unannounced visits and the harassing phone calls at all hours of the night.

But thankfully, he is another woman’s problem now.  It is very funny that she married him so quickly.  People like him – the Wolf in Sheep’s Clothing and the Knight in Shining Armor—have to bag a woman quickly before their true colors come out.  But by the time a woman figures out she’s been duped, it is too late, because she is already locked down.

It is a pattern for the men in his family.  He and his three brothers have all been married at least three times.  Catch them, but can’t keep them, seems to be the trend.

Well anyway, I may be telling wayyyyyyy too much of my business, but for once, I show no shame!  After so many women began to reach out privately after reading these “Relationship GPS” articles, I know that I am not alone.

Consider this an “open letter” proclaiming my freedom:  Freedom of expression, right?

You may wonder why Wife #3 (Me) ended the marriage.  Well, just ask Mistress #1, Mistress #2, Mistress #3, Mistress #4 and how ever many others he had on the list.  He was a great boyfriend to them and showed them much love as he took them around his family members who, so kindly, welcomed them with open arms during our marriage.

It is time for me to openly get on with my life and check out what’s waiting in the horizon.

Shout out to all the single ladies out there, with love!