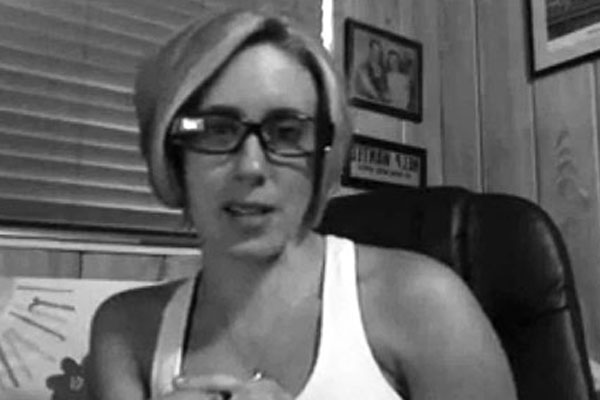 Is Casey Anthony making web videos? Say it ain’t so!

Please tell us this is an impostor and not the REAL Casey Anthony!  But a woman, with a short, blonde bob and square-framed glasses—who looks like the infamous mom of dearly-departed Caylee Anthony, is posting web videos speaking of her adjustment to society after she was acquitted of charges in her daughter’s death.

The woman talked about how it is weird being on camera – like she wasn’t the spotlight for the past few years – and how great it was to own her own computer.

“This is the first of many, and I’m looking forward to this,” Anthony says. “It’s a little scary, because I hate being on camera. But I need to conquer that fear at some point, and this is a good start.”

And it just keeps getting better.

She talks about her new phone, camera and her newly-adopted dog – but gives no mention of her little girl.  She even talks about her plans after she is released of probation and how it felt to be back out in the REAL world.

Of course the video does not say where this mysterious mother is located and we are struggling to believe it is actually her – but People.com says sources confirmed to them the woman was not a fake.

The source claims Casey just wants to get her story out.

But what the world would like to know is – since Casey is so famous for LYING—would we even believe whatever she has to say?

Nancy Grace is going to have a field day with this…………….

We are going to stand with the notion that this woman is a fake — but click here to see the video on Facebook and determine for yourself.