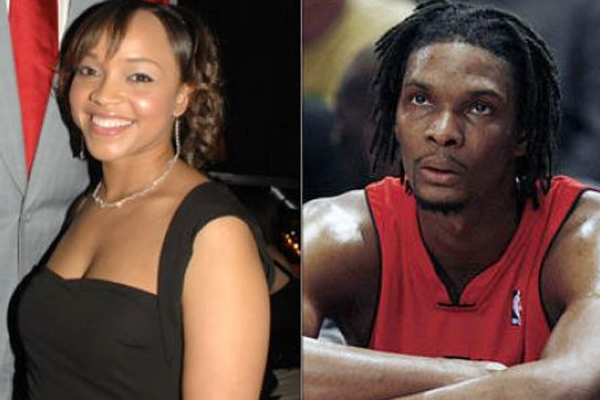 There is more drama to add to the show “Basketball Wives,” but instead of on the small screen, it is in the courtroom.  Miami Heat player Chris Bosh is suing his ex Allison Mathis—who is not a wife (but hey, not many of them are) to prevent her from using his name or image on the TV show.

The NBA star is also asking for $75,000 in damages, according to legal documents provided by Courthouse News via MediaDailyLA.com.

Bosh says that he and Mathis share a legal child together (so they were obviously an item), but the two of them are not and were not married, so he takes issue with her capitalizing off his brand.

But here is the real kicker; item #14 under “Factual Allegations” of the legal document reads as such,

Though the reality show is titled “Basketball Wives” (emphasis added) the featured women in the show are not current wives of NBA players.  Instead, the show followed the lives of women who are dating, or who dated, or were formerly married to NBA players; and, thus provides these women with a vehicle and worldwide platform to use, without permission or authorization, the names and/or likeness of famous NBA professional basketball players they know on a personal level for their own commercial gain.

Do you need a translation of that?

What Bosh is loosely saying is that –“Look here Baby Mama, yes we have a kid, but our relationship is through.  So in the tradition of “what happens in Vegas stays in Vegas,” you will not make any money off my name or my image—go make your own.”

Those are not our words, we here at Lip Service: NWA have no opinion one way or the next, but we will be watching to see if Mathis will join Shaunie and the crew next season.

And if so, will Bosh get a piece of the pie?