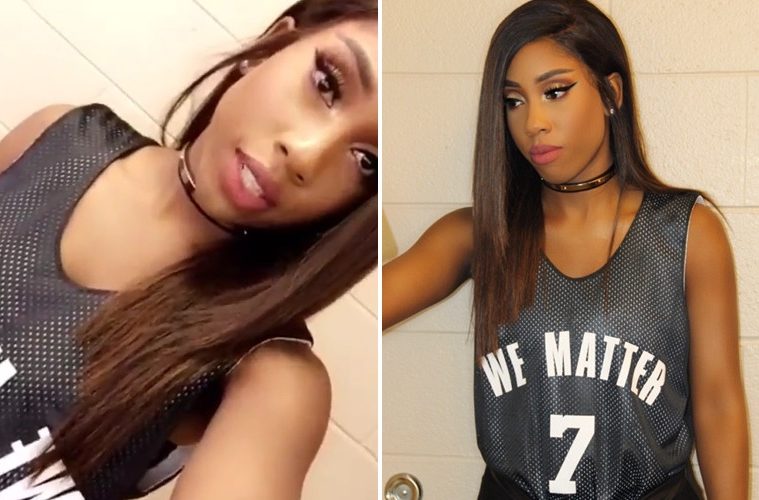 76ers apologize to Sevyn Streeter after turning her around for wearing “We Matter” jersey, asks her to come back and sing National Anthem

After the Philadelphia 76ers made the choice of turning away R&B singer Sevyn Streeter from singing the National Anthem because of her “We Matter” jersey, the 76ers have invited her to come back. This time, they would like for her to wear that same jersey that caused them to renege their invitation just moments before she was supposed to sing.

After the issue occurred, the 76ers made a statement on Oct. 28 saying that “After receiving feedback from our players, basketball operations staff and ownership group, we believe that the wrong decision was made, and Sevyn should have been welcomed to sing.”

Later on, a statement released by the team stated that on Dec. 16, Sevyn will perform the anthem at the team’s home game against the Lakers. Furthermore, the statement expressed that “After thoughtful conversation, the 76ers and Sevyn Streeter have worked together to develop a plan we hope will bring meaningful action in the Philadelphia Community.”

Streeter has stated that “I have accepted their apology… In order to move forward, it was important to me that we take action and use this as an opportunity to create positive change and dialogue throughout the community.”

According to Time magazine, the team said that it has plans to donate to the Boys and Girls Clubs of Philadelphia while collaborating with Streeter on community outreach programs in the city.

Kudos to Sevyn for being a such a class act, as well as the 76ers franchise for trying to right their wrongs!