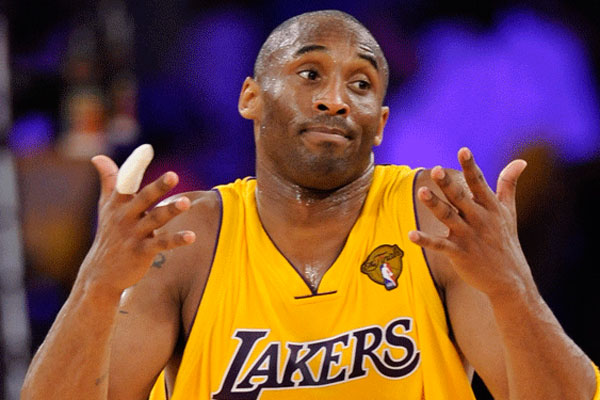 Did Kobe Bryant go H.A.M. on a man in a church?

Kobe Bryant’s ego may cost him a bit of cash after he allegedly assaulted a man at a church in California Sunday!

According to CBS Los Angeles, Bryant was attending service at St. Therese of Carmel Church when he thought he saw a man taking photos of him with a cell phone.

Well, Bryant allegedly grabbed the man and snatched the cell phone away.

But after inspecting the phone, Bryant found no photos of himself.  Shocking, right!

As it turns out the man was in the house of God to get the “word,” not to stalk the basketball player.

The victim went to a hospital to be treated for an injury to his wrist.

We hope this is accusation is just blown out of proportion—but athletes and egos—you know the rest!  We’ll try and keep you abreast of how this all plays out.

Oh, and for those of you who don’t know what the “H.A.M.” in the title means, google a little Kanye’ and Jay Z.  (smile)