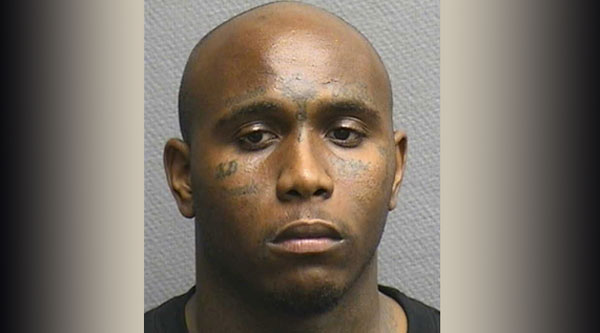 HOUSTON— The man accused of shooting a little boy in the face after opening fire outside a northeast Houston home day care Saturday has been arrested and charged by police.

Hall and his ex-girlfriend had just broken up and the two met at a corner store so she could return his things, according to court documents.

After leaving the store, the ex-girlfriend drove to a home in the 9200 block of Madera, which also doubles as a day care.

Police said even though the woman saw Hall following her, she continued to the home so she could braid Isaiah’s mother’s hair.

She parked in a lot next door to the house, and Hall parked in the street.

The ex-girlfriend told police Hall began to yell at her when he exited the vehicle, then pulled out a gun and started shooting.  Police said he thought she was going to visit another man.

The woman said she begged Hall to stop because there were children inside. Police said he ignored her — and the multiple day care signs posted in front of the home.

“He had a gun and started shooting there. And she was screaming telling him ‘Don’t shoot into the room because that’s where the kids at,’” Lisa Cesar, Isaiah’s grandmother, said. “I was just panicking because I thought he was coming in the house, and, it was just like he was coming to kill.”

Isaiah and five other children were eating and watching television in the nursery when bullets pierced through the wall.

His mother heard the gunfire, then saw her son drop to the floor. One of the bullets entered his right cheek, traveled through his mouth, pierced his tongue and sinus cavity, then exited his left shoulder.

Isaiah was rushed to Memorial Hermann Children’s Hospital for immediate surgery. He remained in pediatric intensive care with severe trauma Tuesday, but doctors expect him to survive.

Hall turned himself into police Tuesday.  His bail was set at $20,000.

Click here to read more related articles for the story at KHOU.com.