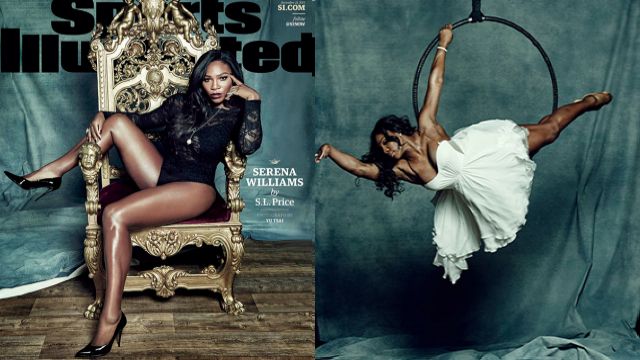 Attention Serena Williams fans!  This comes as no surprise and is, in fact, well deserved but the tennis phenom has been named Sports Illustrated’s Sportsperson of the Year.  Williams is the first female athlete honored on her own by the magazine in more than 30 years.

Williams has had an amazing year.  The Associated Press noted that the 34-year-old went 53-3 during 2015 with five titles, including at the Australian Open, French Open and Wimbledon, and was No. 1 in the WTA rankings all season.

“She was the most deserving person for the award. She had an amazing year. The way she won her events; the fact that she’s done this for so many years at such a high level,” said Paul Fichtenbaum, editor of the Sports Illustrated Group. “She was a terrific candidate in a year of terrific candidates.”

The formal name of the award is now the SI award.  Past honorees were referred to as Sportsman or Sportswoman of the Year.

“We just felt this was a natural evolution. … We’re not making a huge deal out of it,” Fichtenbaum said. “It just feels like the right time to make the change.”