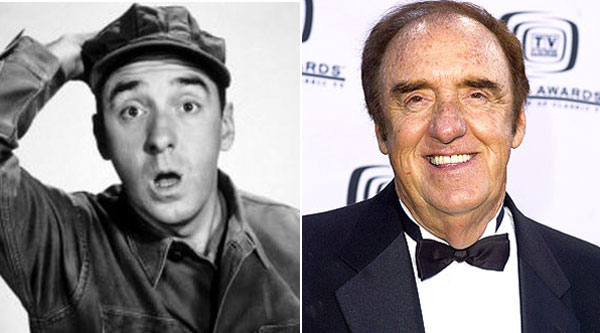 HONOLULU — Congratulations to Jim Nabors, who played the lovable character “Gomer Pyle” in the 1960s, for finally tying the knot!  The 82-year-old actor married his partner of 38 years on January 15.

The couple lives in Hawaii, but made the trip to Seattle to make it official after gay marriage became legal in Washington last month.

The couple met in 1975 when Cadwallader was a Honolulu firefighter, the Associated Press said.

“The Andy Griffith Show” and “Gomer Pyle, U.S.M.C.” actor said he has always been open about being a homosexual to those close to him, but just never told the media.

We always loved “Gomer Pyle” and think that Nabors is so sweet, just not all that surprised, come to think of it.

Continued bliss to the happy couple!