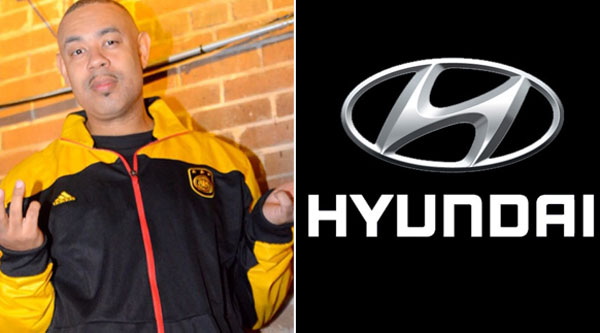 Don’t tweet jokes about Hyundai, they snap back! Ask a Houston DJ

HOUSTON – “Don’t nobody better say (tweet) anything bad about Ms. Bonita – or at least Hyundai—because the auto company tweets the snaps right back!

Don’t believe it?  Well, ask a Houston DJ who had “jokes” during the Super Bowl.  KBXX 97.9 the Box’s Rob G the General cracked a couple in the Twitterverse, and the auto maker snapped right back!

“Mercedes-Benz has asked that the Super Bowl venue be known for the rest of the evening as the Hyundai Superdome,” @RobGTheGeneral tweeted after the lights went out during the second half of the game.

Someone at  Hyundai USA replied.

“If we were in charge there would have been no blackout. @robgthegeneral MB has asked that the Super Bowl be known as the Hyundai Superdome,” the tweet said.

Surprised?  So was Rob G.

“I cant believe @Hyundai responded to that joke. I would like a triple black Equus by #allstar. Let’s see if they respond to that?” the DJ asked. Once again, Hyundai had a snappy comeback.

Those crazy DJs on the Mad Hatta Morning Show are too funny!

Good to see the company won’t be pushed around (or made fun of) and hey, (sidenote here) I bought a Hyundai Elantra in 2010 and it is still riding like it is brand new. Take that Mercedes Benz! Now, can I get a free upgrade for the love?  Just kidding, need no snaps here!

(Oh, and if anyone is confused about the Ms. Bonita mention in the beginning, I was watching re-runs of “In Living Color” this weekend, and the show still is fresh on my mind.  Sorry!)

***Photos of Hyundai logo and Rob G the General via Twitter.***