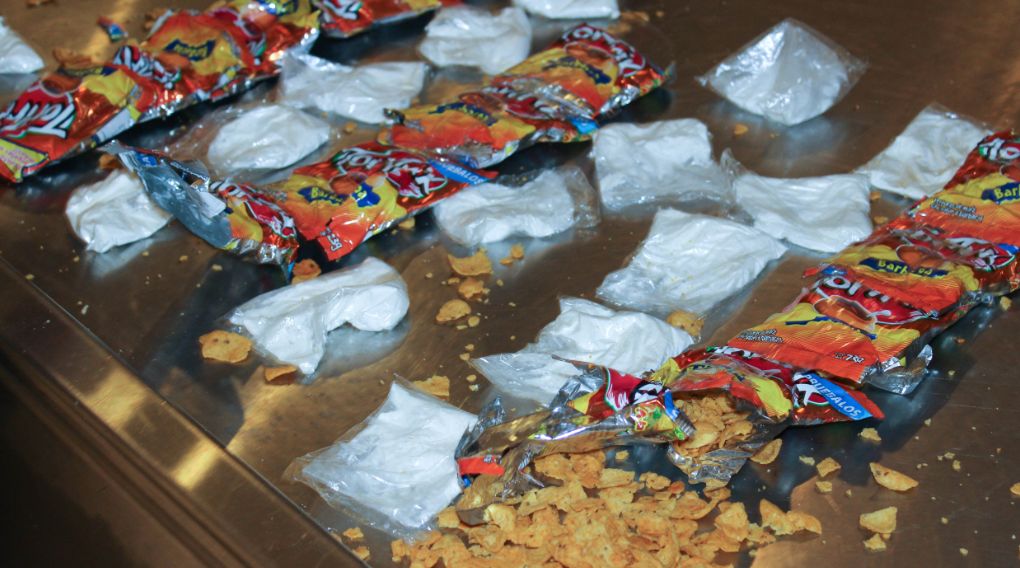 CBP officers arrested German Adalberto Lancerio Bejarano, 50, a Guatemalan citizen, and turned him over to Houston Police Department. He is awaiting state prosecution for allegedly smuggling the illicit narcotics.

CBP officers discovered the narcotics during a baggage exam on April 24.  When they encountered “Wafer Rich Vanilla Cookies,” “Tortrix Barbacoa Chips” and “Tortrix Limon Chips,” they disassembled the food items and found small bundles of cocaine wrapped in side.

“As America’s Frontline, our mission is to protect the public from terrorists and harmful items coming into the United States,” said Houston CBP Port Director Charles Perez.  “We take every opportunity to disrupt criminal activity whether it is the importation of illicit narcotics.”

Lancerio Benjarano arrived in Houston from Guatemala City and was traveling to New York.

Click individual pics below (to enlarge) and check out the stash!