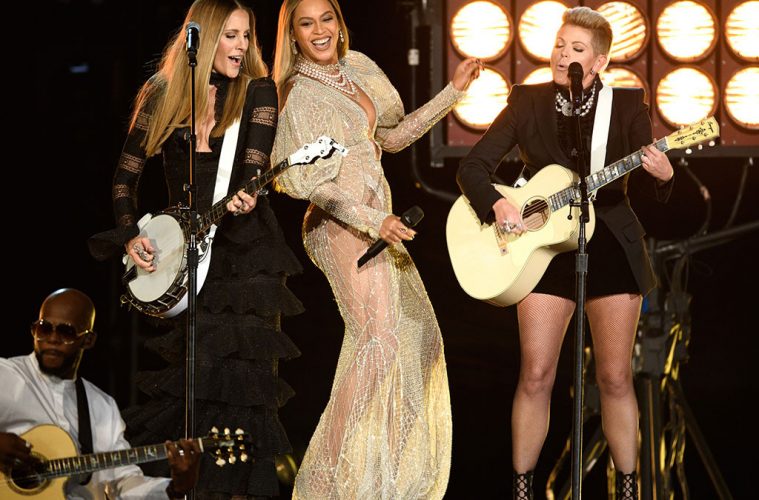 Video: Beyonce and Dixie Chicks SLAY the CMA Awards; some LOVE it, others HATE it

Oh well, you can’t please everyone! The CMAs got the attention of more than just country music fans this year! When it was announced that Beyonce would grace the stage at the 50th Annual Country Music Awards, Twitter went into a frenzy due to the epic, yet brilliant (to us) short notice! And she wasn’t by herself! The Dixie Chicks were there to murder the stage with her.

After covering Queen Bey’s country-inspired song “Daddy Lessons” from the album “Lemonade” on their summer tour, the Queens of Country joined her to give a performance of a lifetime.

We are so proud of Bey for this crossover performance, but of course we are nowhere near surprised! Shout out to the Queen of The H, and at this point, the Queen of the Entertainment Industry. Here at N.W.A., we give credit when and where it’s due!

Now while the Beyhive were singing her praises, others….not so much. Checked out the mixed reviews of Queen Bey’s performance. Leave it to those crazy folks in the Twitterverse!

Some of the audience members during Beyoncé’s CMA performance were NOT happy! lol

She did that tho!!

Ok! I can finally talk about one of the greatest weeks of my life! Thank you @Beyonce ! You slay. All day! pic.twitter.com/XJCOrdweih

all the country fans saying “Beyoncé sounded so country!” no. country sounds black. there’s a reason why she put a country song on Lemonade

when country music is so desperate for views that beyonce is performing at the CMAs.. U HAVE SO MUCH TALENT COUNTRY! LET YOUR ARTISTS SING!