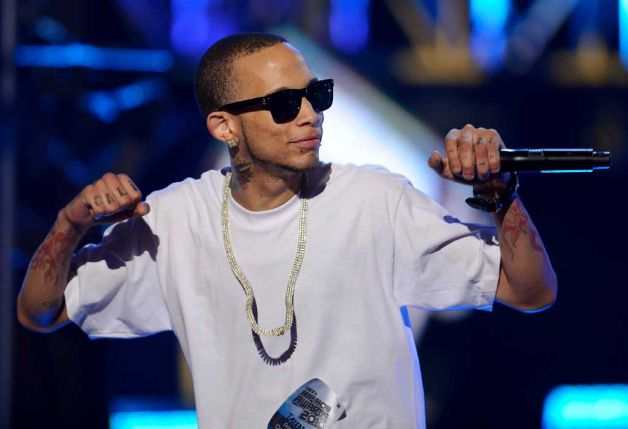 INGLEWOOD, Calif. – Inglewood rapper M-Bone of the California rap group Cali Swag District was shot and killed outside a liquor store in his home town Sunday evening, according to TMZ.com.

The rapper was sitting in his car outside the liquor store around 10:30 p.m. when another car pulled alongside and opened fire.

The 22-year-old, whose real name is Mante Ray Talbert, was shot twice in the head, according to Lt. James Madia.

He was rushed to the hospital after he was found slumped over the wheel of his car, but died as a result of his injuries.

The shooter fled the scene and investigators are trying to find a motive for the shooting.

Cali Swag Group had a hit last year with the single “Teach Me How to Dougie,” and the rappers made the rounds of TV shows demonstrating the dance.

“My life changed drastically in the blink of an eye,” his bandmate, C-Smoove, tweeted after M-Bone’s death.

“RIP to the homie M-bone from Cali Swag; your family is in my prayers,” fellow rapper Twista wrote. “You got the whole world doing a dance—that’s what you call a legacy.”

Even First Lady Michelle Obama did a version of the dance when she visited a school as part of a fitness initiative for students.