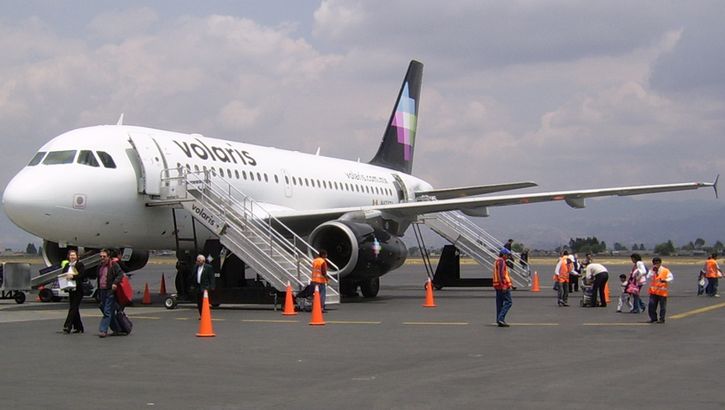 The inaugural service was celebrated when the March 25 flight touched down in Houston. It was greeted with the traditional water cannon salute and dozens of well-wishers.

“Houston already enjoys greater connectivity with Mexico than any other country in the United States and that bond is going to be even stronger with the arrival of Volaris,” Houston Mayor Annise Parker said.  “Volaris recognizes Houston’s position as a growing global hub with limitless potential and we are thrilled they are expanding our region’s footprint with more valuable air service to Mexico.”

Volaris’ arrival is the latest in a parade of new service options coming to IAH. Six new international carriers either launched or announced Houston service at IAH between January 2014 and January 2015. Bush Airport serves as a global gateway to more than 70 international destinations and offers service to more Mexican destinations than any other U.S. airport.

“Passengers at Bush Airport continue to enjoy an unprecedented level of connectivity with Latin America and new partners like Volaris are helping to make that connection even stronger,” Diaz said. “This new non-stop service complements the continued expansion of the international service available at IAH and will provide Volaris’ customers with even better access to our dynamic, growing city and all that it offers.”

“For Volaris, bringing together friends and families on both sides of the border remains one of the most important missions,” he said. “We are extremely pleased to increase our international destination offering to a city of the caliber of Houston, which now becomes our second incursion into the Texas market. We are ready to offer new and unique travel experiences to our customers in the Guadalajara marketplace.”

Since beginning their operations in March 2006, Volaris has safely and efficiently served more than 6 million passengers on flights between Mexico and the United States, operating 50 aircraft that make up one of the newest fleets in the Americas. The airlines’ 144-seat Airbus A319 and 174 seat Airbus A320 aircraft will service the route.

The Houston Airport System (HAS) served more than 53 million passengers in 2014. Houston’s three airports: George Bush Intercontinental Airport (IAH), William P. Hobby (HOU) and Ellington Airport (EFD) contribute more than $27.5 billion to the regional economy. With nonstop flights to more than 170 destinations worldwide, IAH is the tenth-busiest airport in the nation and is the largest hub for United Airlines. For more information, visit fly2houston.com.