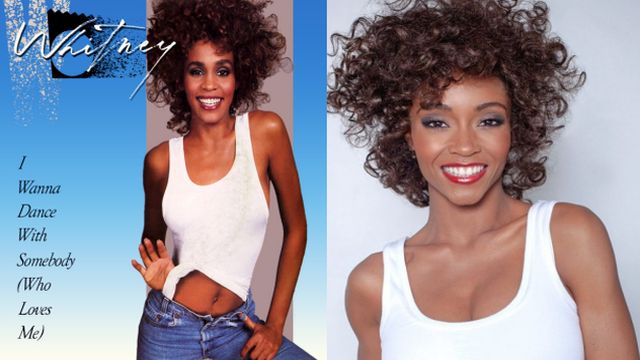 One soon-to-be released biopic is sure to stir a lot of emotions from Whitney Houston fans, and judging by the trailer, Lifetime may have a home run this time. (No one will ever let them live down the “Aaliyah Fail.”)

Former America’s Next Top Model runner-up, actress and dancer Yaya DaCosta is starring as the iconic singer whose untimely death in 2012 left millions around the world stunned.

Yaya channels Whitney, from the early years in the church choir–to the diva years–and the dark years that ultimately led to her fate.

It will also show Whitney’s struggle with addiction and marriage to R & B Bad Boy singer Bobby Brown, played by Arlen Escarpeta.

The piece, which premieres January 17, 2015, is directed by Angela Basset and let’s hope it does her justice.

Click this link to see the exclusive trailer on BuzzFeed.com.