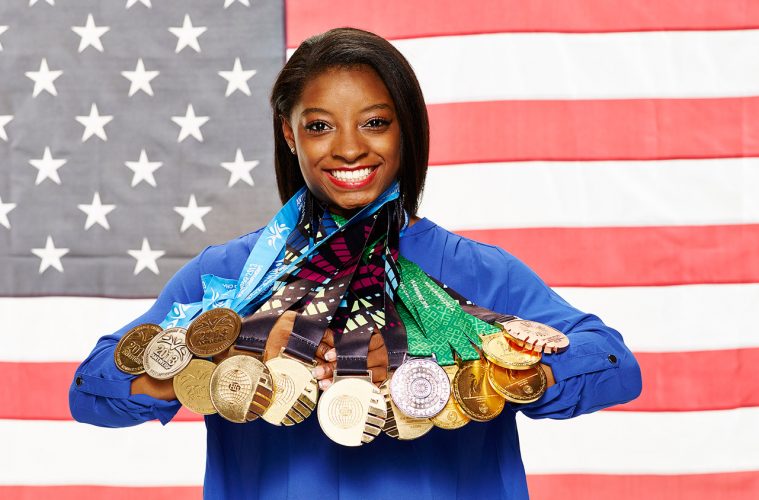 Texas brings the gold home in Rio Olympics, and Houston showed up and showed out!

They say that everything is bigger in Texas, and that may also include the incredible talent in sports. Over the course of the 2016 Olympics, we have seen some magic in the categories of swimming, gymnastics and shot put. A common, yet amazing factor of U.S.A.’s competitors in these categories are The Lone Star State! Another beautiful factor is the melanin that these beautiful competitors possess.

Nineteen-year-old Simone Biles of Spring, Texas won a third gold medal on Sunday, making her a winner of the vault competition, according to NY Times.

Biles, a member of Marta Karolyi’s “Final Five,” is also already one of the most accomplished, decorated gymnasts in history, and is the only female gymnast in history to win the World Artistic Gymnastics Championships three years in a row, according to Texas Monthly.

Biles is a force to be reckoned with, and embodies a spirit that says, “I am here to blaze trails.” Look out, world!

Simone Manuel of Sugar Land left Rio with a total of four medals, and is the first African-American woman to win an individual medal in swimming.

Manuel had many across the nation in tears as she expressed how her victory was not only for her, but for the many people that fought to see that day. The victory was also important, considering the other tragedies that have taken place within our own backyard.

“It means a lot, especially with what is going on in the world today, some of the issues of police brutality,” Manuel said. “This win hopefully brings hope and change to some of the issues that are going on. My color just comes with the territory.”

It’s beautiful how she uses her platform as a symbol of perseverance and overcoming for all people of color.

Shot put beauty Michelle Carter brought home the gold by throwing a distance of 20.63 m. A product of The University of Texas, this made her the first American to win such an honor.

Carter followed in the footsteps of her father, Michael, who received the silver medal in shot put more than 30 years ago in Los Angeles at the 1984 games, according to E! News.

Carter told NPR reporters, “Of course, I can’t wait until I get the medal and I can walk around the house and say ‘Daddy, I got you.’”

Shout out to this dope father-daughter duo for making history in their family.

Way to represent, ladies! Thank you for not only putting on for this country, but for your state as well!