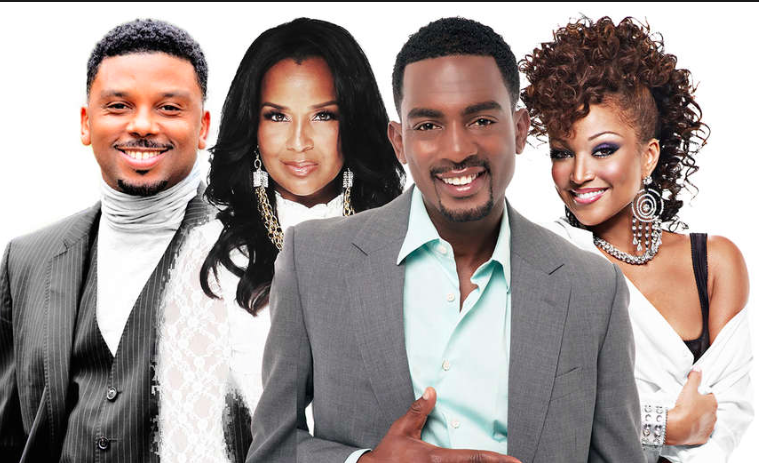 It’s Showtime! Curtains finally open in Hobby Center for “Married But Single Too”!

The time has finally come ladies and gentlemen, the curtains for the play “Married But Single Too” has finally opened in Houston! A sequel from Je’Caryous Johnson’s “Married But Single” play, “Married But Single Too” premiered at the Hobby Center in Houston on Friday night. This sizzling hot romantic play’s opening night definitely made its mark in Houston and rocked the house by having it packed out to the max! The plot of “Married But Single Too” says it all in the title! This hot and spicy play made everyone in the crowd clutch their pearls and laugh their tears away. Of course, the stars and casts did an exceptional job at opening night. Lisa Raye McCoy, Bill Bellamy, Chante Moore, Carl Payne, and La’Myia Good did what they call an “encore” and “stellar” performance! In addition to the main characters, a special guest appeared on the stage and made the audience do a standing ovation, Mr. Lenny Williams! For those of you who are new to this romantic play, it follows up on Sharon Wilson’s (Lisa Raye) life after her marriage with R&B singer Julian. Julian has to choose between his wife and singing career. Which one will he choose? Sharon reconnects with an old lover, Jackson (Bill Bellamy), and is tempted to rekindle their love affair. The real question is, who will she choose? There’s a lot of tension and temptations filling up in this play, which I know is tempting you all to want to see it. Don’t worry, you have time! “Married But Single Too” will remain at the Houston’s Hobby Center until this Sunday night! Be sure to snag your tickets at the Hobby Center or Ticket Masters before they sell out! Trust me, you don’t want to miss out!