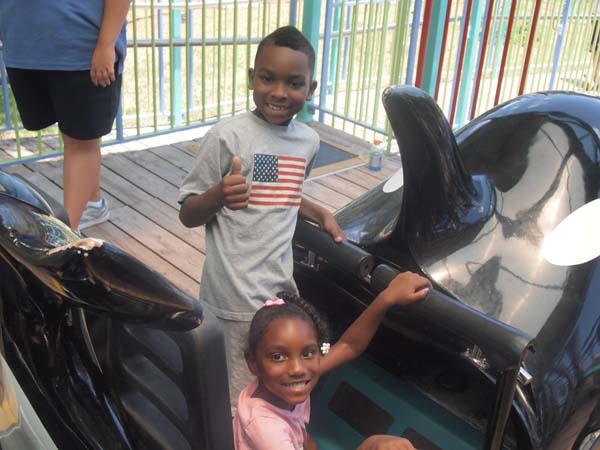 SAN ANTONIO — Parents, it’s time to plan those vacations/ staycations and take those kids out for some true fun, full of rides, good food and awesome marine attractions. The world’s largest marine park, SeaWorld San Antonio, opened its 2016 season on Jan. 31. This year will include the return of our popular dolphins in an expansive new naturalistic habitat, a new way to experience Aquatica, a roster of special events included with park admission, and an innovative new streamlined entry process for guests.

“The 2016 season is going to be exhilarating and full of new adventures that every member of the family will enjoy,” said Dan Decker, SeaWorld and Aquatica San Antonio Park President.  “We’re especially excited about the debut this spring of Discovery Point, one of the largest capital investments in the park’s 27-year history.”

As a splashy prelude to opening day, on Saturday, Jan. 30 the park is hosting Pass Member Preview Day, presented by Coca-Cola. This sneak peek event is exclusively for active and new Annual & Platinum Pass Members, and will include rewards such as giveaways, exclusive offers, prizes and much more.
Operating hours for both Jan. 30 and 31 are noon to 6 p.m.

Highlights of the 2016 season include:

Discovery Point, the most highly anticipated of the 2016 additions, will feature a new realm within SeaWorld showcasing bottlenose dolphins. Standing on the habitat’s sandy shores, guests will be able to observe dolphins cruising the surface, or from an underwater viewing area, they can see the energetic animals playing beneath the waves. In addition, guests who wish to come nose-to-nose with these amazing marine mammals will have the opportunity to reserve an unforgettable opportunity to swim with dolphins for a separate fee.
While guests anxiously await the opening of Discovery Point in late spring, they still have the opportunity to see bottlenose dolphins during the park’s Dolphin Walk, a self-guided, behind-the-scenes walking tour.

An innovative new look and a barrier-less entrance will be among the first changes guests will notice upon their arrival to SeaWorld.  The iconic marquee of the new entrance area is an immense water wave that stretches 85 ft. in length and reaches 24 ft. tall at its highest point.  In addition to the new contemporary design of its entryway, San Antonio will become the first SeaWorld theme park to replace traditional turnstiles with ambassadors. These ambassadors will personally welcome each guest to the park, and scan tickets using handheld technology. This new process expedites park entry for guests and creates a welcoming experience upon their arrival.

Entry into SeaWorld’s highly-acclaimed waterpark previously required the purchase of a 2-park ticket. Starting this season, when Aquatica opens March 5, guests will be able to purchase a separate ticket just for this park. The evolution of Aquatica as a stand-alone park was prompted by market research and guest feedback that showed strong consumer demand to visit Aquatica as a separate experience with its own single-day ticket.

Providing even more reasons to visit, SeaWorld is enriching its strong lineup of special events — all of which are included with SeaWorld park admission.
•    “Wild Days” kicks off weekends in February and features interactive shows from top ambassadors of animal rescue and rehabilitation including the ever-popular “Jungle Jack” Hanna.

•    “Seven Seas Food Festival” sets sail weekends in April and May. Guests can sample and sip their way around the park, enjoying craft beers, wonderful wines and global fusion food.

•    “Howl-O-Scream” transforms SeaWorld San Antonio from a theme park to a scream park during weekends in October with sinister haunted houses and “terror-tories.”

The best way for guests to maximize their 2016 SeaWorld experience is with an Annual or Platinum Pass, as it includes benefits such as free parking, in-park purchase discounts and admission to the Pass Member Preview Day on Jan. 30.
For more information and to purchase tickets, visit SeaWorldSanAntonio.com.

SeaWorld Entertainment, Inc. (NYSE: SEAS) is a leading theme park and entertainment company providing experiences that matter and inspiring guests to protect animals and the wild wonders of our world.

SeaWorld Entertainment, Inc. is one of the world’s foremost zoological organizations and a global leader in animal welfare, training, husbandry and veterinary care. The company collectively cares for what it believes is one of the largest zoological collections in the world and has helped lead advances in the care of animals. The company also rescues and rehabilitates marine and terrestrial animals that are ill, injured, orphaned or abandoned, with the goal of returning them to the wild. The SeaWorld rescue team has helped more than 27,000 animals in need over the last 50 years.

The company owns or licenses a portfolio of globally recognized brands including SeaWorld®, Shamu® and Busch Gardens®. Over its more than 50-year history, the company has built a diversified portfolio of 11 destination and regional theme parks that are grouped in key markets across the United States, many of which showcase its one-of-a-kind zoological collection of over 800 species of animals. The company’s theme parks feature a diverse array of rides, shows and other attractions with broad demographic appeal which deliver memorable experiences and a strong value proposition for its guests.