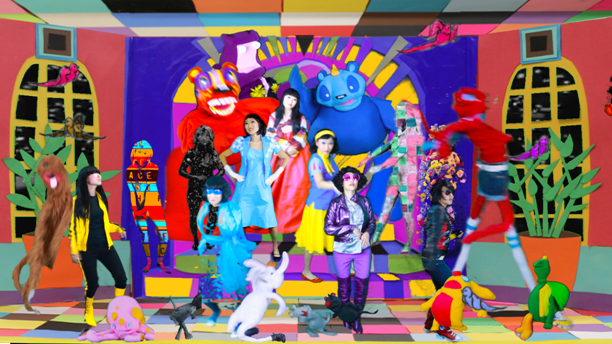 HOUSTON —  Project Row Houses (PRH) is excited to announce the next in its series of Artist Rounds, which showcase 7 installations by artists in the row houses on Holman Street. Organized by Public Art Director Ryan N. Dennis, Local Impact highlights the distinctive interests of seven artists deeply rooted in Houston’s arts community. Championed as one of the most diverse cities in the country, Houston has a rich community of artists and creative practitioners which aid in keeping it relevant and exciting. The city is saturated with artists thinking about their practices and how they relate to enhancing and elevating the myriad of conversations taking place about our city. The level of rigor, collaboration and critique offered by artists for citizens to consider is inspiring and a necessary piece for this culturally thriving city.

While this Round is not thematic, it looks at individual artists producing installations and public programs approaching themes around African-American history and pop culture, collaborative public art, place and identity, climate change and tourism, modern forms of communication and media consumption and radical imagination as a means of healing. From performances that create environments for engagement and contemplation to site-specific sculptures that generate ideas and articulate poetic and philosophical concerns about home, the featured work highlights the role that artists play in contributing to Houston’s culture. With so many drastic changes taking place in the city, our artists remind us that the visual arts ecosystem remains a platform for us to acknowledge history, place, and new ways of seeing and critiquing, which ultimately shape the way we engage our city and expand our ideas outward.

Project Row Houses (PRH) is a community-based arts and culture non-profit organization in Houston’s northern Third Ward, one of the city’s oldest African American neighborhoods. The mission of Project Row Houses is to be the catalyst for transforming community through the celebration of art and African-American history and culture. Learn more at ProjectRowHouses.org

Regina Agu’s installation, Sea Change, will continue her investigation of the Gulf Coast region, specifically the Texas and Louisiana coasts. The work around these locations examines the cultural, linguistic and environmental exchanges between the Gulf of Mexico and the Gulf of Guinea. Using landscape photography, environmental research, and source texts including Jean Rhys’ Wide Sargasso Sea, Sea Change is a speculative commentary on climate change, the tourism industry, environmental justice and interrelated economies.

Regina Agu is an artist and writer based in Houston, TX. Agu is a 2016-2017 Open Sessions participant at the Drawing Center in NYC. She is the co-director of Alabama Song, which received a 2016 SEED grant from the Rauschenberg Foundation. Agu’s work has been included in exhibitions, public readings and performances at multiple venues nationally.

She received a 2012 Houston Arts Alliance Individual Artist Grant, and a 2014 The Idea Fund grant for her collaborative project “Friends of Angela Davis Park” in Houston, TX. In 2015, Agu was a Southern Constellations Fellow at Elsewhere in Greensboro, NC, and was selected for a residency led by poet Julie Ezelle Patton at Atlantic Center for the Arts in New Smyrna Beach, FL. She is a co-founder of paratext, an independent small press.

Through an immersive installation, JooYoung Choi’s Have Faith For You Have Always Been Loved, will invite its viewers to explore themes of despair, faith and healing reflected through fantastic narrative and radical imagination.

Through painting, video, sculpture, animation and music, multi-disciplinary artist JooYoung Choi documents the interconnecting narrative of a highly structured, expansive fictional land called Cosmic Womb. This paracosm stretches over 6,732 miles, and is governed by Queen Kiok with the help of her council of “Tuplets” and one Earthling from Concord, NH named C.S. Watson. Guided by the Cosmic Womb mythology, Choi created work that merges the autobiographic with the fantastic into a visual form.

Choi was born in Seoul, South Korea, and immigrated to Concord, New Hampshire in 1983 by way of adoption. In 2008 she returned to South Korea and reunited with her birth family; this experience continues to influence the ideas behind her art.

Choi is an Artadia Houston and Idea Fund Grant recipient. Her artwork has been exhibited in such venues as The Wing Luke Museum in Seattle, Washington; The National Museum of Mexican Art in Chicago, Illinois; and Lawndale Art Center, Houston, Texas. Choi’s work has been featured in several publications including the Korean Global New Network YTN and the Huffington Post.

which makes it impossible to sing is a sound, performance, video and text-based installation that questions the moment of personal revolutionary realizations and the way we come to terms with the horrors of humanity in our modern age of communication.

This project is in collaboration with Stephen Lapthisophon.

Jesse Lott and Ann Harithas will show their collages as part of a collaborative installation. This installation will take shape as a formal exhibition showing their roots and evolution as collage artists, remarkable for both the similarities and differences in their respective techniques.

Jesse Lott is an African-American Houston-based artist who is known for his visionary wire sculpture, paper figures and works on paper made using found materials. Lott is one of Texas’ most respected artists and has exhibited in major museums and universities in Texas and throughout the South. His art has also been shown at The Studio Museum in Harlem and The Alternative Museum in New York. Through the lens of urban archeology, his art is inspired by the everyday and becomes a vehicle of exchange through which viewers can re-examine their own sense of humanity and spirituality.

The Jazz Church of Houston will be the first institution in Houston dedicated to listening, collecting and sharing the stories of the musical tribe of Houston. The space will be transformed into a museum in the day and an entertainment venue in the evenings.

Tierney Malone was born in Los Angeles but has long called Houston his home. Malone is a modern-day storyteller who creates works on paper and mixed media constructions. He uses the canon of African-American history and pop culture to create contemporary tales about life. By invoking colorful and emotionally charged figures from jazz, sports and literature, Malone makes powerful and sensitive works that are both visually beautiful and politically provocative.

Malone has exhibited his art widely throughout Texas and the U.S., including numerous solo exhibitions. His works are in the permanent collection of the Museum of Fine Arts, Houston; the Kansas City Jazz Museum, Kansas City, Missouri; Goldman Sachs, New York, New York; and the Federal Reserve Bank, Houston, Texas. He is the recipient of the Louis Comfort Tiffany Foundation Grant, a CACHH Visual Artist Grant and a Kimbrough Visual Artist Grant.

Malone has collaborated with noted jazz musicians, commissioned to create the jacket cover for jazz musician Don Byron’s 1999 CD, “Romance of the Unseen” on the Blue Note label and jazz pianist Randy Weston for a 2003 performance at the Miller Outdoor Theater. In 2008 he completed two major commissions; a limited edition print celebrating Da Camera of Houston’s 20th Anniversary and an outdoor mural entitled “Southern Sounds” for the Coleman Art Center in York, Alabama. Music and the creators of music are major influences in his work. It was November 2009 that Malone presented a solo exhibition in Houston, Texas “Third Ward My Harlem.”

Dayward is an installation of new mixed-media based works and sculptures that reference how the reconstruction of place is contingent upon its identity. Focused primarily on material found in the Third Ward, Mendez strives to explore not only an affirmed past, but a potential future.

A first-generation American born in Chicago to Colombian and Mexican parents, Harold Mendez works with installation, photography, sculpture and text to reference reconstructions of place and identity. His work addresses the relationships between transnational citizenship, memory and possibility, considering how history is not only an affirmed past, but a potential future. His recent work examines how reclaimed objects; makeshift monuments and images reveal a life parallel to conflict, demonstrating both factual evidence and where traces of fiction emerge.

The Building Speaks is a collaborative public art commission to be experienced sonically and visually as a continuum that will build and take shape throughout the viewing period of the Round.

Patrick Renner is a native Houstonian. He received his BFA from the Kansas City Art Institute in 2004 and an MFA from the New York State College of Ceramics at Alfred University in 2006. Renner returned to Houston after school to reestablish himself in the city’s art community. In 2013 Renner was commissioned by Art League Houston to create his first public artwork Funnel Tunnel which gained him regional attention. He recently co-founded a company for large-scale art installations called Flying Carpet. The company completed Trumpet Flower in April in downtown Houston for the Art Blocks initiative, and a massive stainless steel and concrete piece is recently installed in Austin, TX.